Northwest Community Church in Washington, D.C., isn’t just home to a multi-ethnic, multicultural congregation. They’re also home to two other churches that meet in their building: one, a Haitian American church, and the other, a predominantly Hispanic congregation. Since 1994, Pastor Arturo Cabrejo and his family have led the Spanish-speaking worship gatherings on the northwest side of the nation’s capital. For nearly six decades, Iglesia de Dios Hispana has served faithfully as a beacon of light and source of hope in a city always in the international spotlight. With an ever-growing population whose native tongue is Spanish, the vitality of Iglesia de Dios Hispana has perhaps never been clearer.

When the church marks a special occasion, they go all out. Such is the case each year for the church’s anniversary, but especially when the fifty-year milestone approached. “When we celebrated 50 years of ministry,” Pastor Arturo explains, “we had a special celebration focusing on a lot of the accomplishments we had over the years as a church, and reminiscing on all the founders and people who serve as pillars of this ministry.” Today the church is 57 years strong and not only ministers in the Spanish language, but English, as well, to those second- and third-generation parishioners who are bilingual. 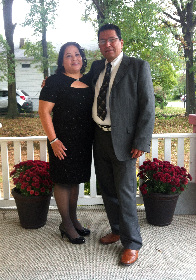 In the shadow of the Washington Monument and other notable landmarks, the setting of Iglesia de Dios Hispana is certainly unique. Politics, philosophy, culture, and religion seem to collide in one place in constant, contentious fashion. But Pastor Arturo Cabrejo keeps on preaching Jesus, living out his calling in the place God planted him. In so doing, many of today’s pastors in other pulpits beyond the nation’s capital have been called and discipled through the D.C. church.

“For me it has been a privilege to minister in a place of many cultures,” Arturo reflects. “The connection with different cultures has helped me learn much more about the ministry, and it has led me to study and learn how to work with different people’s backgrounds. There has definitely been some hard and difficult years, but certainly not impossible. I can say that we have been extremely blessed, starting with only one Spanish church in this northern area, and now we have grown into twenty churches all across the Northeast. Some of those churches have been an outgrowth of our church, since several pastors have been formed as part of this ministry.”

Pastor Arturo and his wife Clara Luz Cabrejo enjoy a ministry that stretches back 53 years themselves, having established and pastored works in Guatemala in their early days. Today, the Church of God in the northeastern United States is especially thankful for their influential and longstanding service in Washington, D.C. 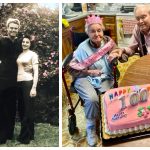 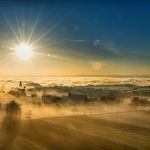