Much of the what’s happening among the Hispanic congregations of the Church of God is nothing short of amazing. The often overlooked trend is especially encouraging given the secular media spotlight so often shone on churches closing doors, pastors tendering resignations, and alleged scandal. Evidence of the leading edge of God’s kingdom is seen clearly, however, in the leadership development, church planting, and evangelistic pursuits of churches where the primary language spoken is Spanish. Pennsylvania pastor Jorge Palacios is a product of the Movement, a result of the Spirit’s incredible work among Hispanic congregations, and a reflection of the glorious Church of God.

Remember the story published by CHOGnews on the first of September? The feature described the longstanding ministry of a Hispanic congregation in the nation’s capital. It also noted the reputation of the Washington, D.C., congregation for producing and sending out leaders. Pastor Jorge Palacios, twenty-one-year senior pastor of Iglesia de Dios Shalom in Bensalem, Pennsylvania, just outside of Philadelphia, is one of those pastors!

A visionary church planter from Puerto Rico named Joseph Guzman planted the Spanish-speaking ministry in the greater Philadelphia area back in 1996. Thankful for the foundation laid by the pioneer preacher, Palacios came from D.C. in 2001 to continue the work and lead the five-year-old fellowship into a new season of growth and excellence. By the power of the Holy Spirit, that’s exactly what he and his wife Zoila did.

With only a dozen people to begin with, Pastor Palacios has led the congregation to an average Sunday attendance of 350 people. The need to rent various worship settings over the first several years stifled growth somewhat, but upon purchase of their present facility in 2011, growth accelerated. 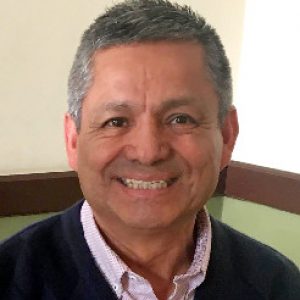 “We’ve seen the grace of God in the church and the community,” Jorge explains. “Our cell groups are growing, the children’s and youth ministry are also growing. My leadership team are working hard to reach the goals.”

Team is the operative word, which he describes as a “great help.” The right people in the right positions has contributed to the overall health of the lead pastor and staff, as Jorge Palacios demonstrates when he takes time off for personal rest and renewal. “I am especially happy,” he points out, “because I can go on vacation…but the church continues the services and special activities as normal!”

Jorge Palacios served as general director of the Hispanic Council (Concilio Hispano) of the Church of God from 2010 to 2017. He’s blessed to this day by the experience such a leadership role offered him, providing him with connections and partnership he might otherwise have never enjoyed. But even in such a high-profile role, he’s never forgotten his calling to his local church, and his first calling—to his family.

With the ever-increasing attendance on Sunday mornings, Jorge Palacios urges prayer partners for a new, bigger facility and the finances to fund the project. His prayer is also “to do the will of God, reach the community for Christ, salvation and freedom for the people, bearing more fruit in the kingdom of God.”

The fruit is coming forth, and its taste is truly sweet. Iglesia de Dios Shalom isn’t bursting at the seams just to grow insular and isolated. Jorge Palacios is passing on the blessing that was bestowed upon him many years ago, preparing pastors and launching leaders into ministry across the country and beyond. Among the places where disciples making disciples have gone are Reading, Pennsylvania; Plainfield, New Jersey; Southampton, Pennsylvania; Rogers, Arkansas; Liberal, Kansas; Columbus, Ohio; Statesville, North Carolina; three cities in Ecuador; one in Guatemala; and one in Honduras.

And there’s plenty more where that came from. 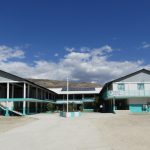 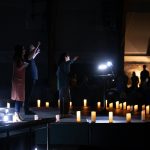