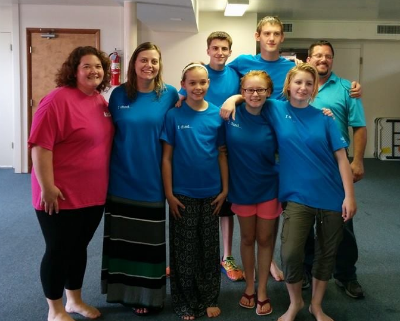 Since when is it the pastor’s job to do all the work of the church? Unfortunately, the notion isn’t too far-fetched for a lot of congregations. But the task of the people-in-the-pew goes beyond making sure the yard gets mowed and the bathrooms are clean every Sunday. Brent Farmer, pastor of Highview Church of God in Washington, Illinois, reminds us that ministry is the work of all the saints. Discipleship, in particular, is a job all growing believers can do. At Highview, disciple-making efforts recently culminated in a festive baptism celebration. In a departure from what has become common practice, the pastor performed none of the baptisms.

Imagine the roar of a stadium full of fans cheering their team as they celebrate victory. But this stadium is the sanctuary of a church, the crowd is a congregation, and the players have just won the most important victory of their lives. They’re God’s pick for not just a season, but for eternity! Maybe your church celebrates baptism just like that. You’ll resonate with the great strides Highview Church of God takes to make a new believer’s baptism an experience they’ll never forget. To make a great day even better, the pastor’s not the one doing the baptizing. Instead, the layperson in the church who has poured into the new believer’s life carries out that responsibility—that blessing.

“Since Luther, many have believed in the priesthood of all believers!” Pastor Brent remarks. “I think this is one way of making it all apparent. It challenges everyone to think of the spiritual impact they’re having on others. When believers are baptized by those who have had an impact on them, that’s powerful. The only qualification is that the baptizer is a believer in Jesus.”

At this baptism service, the pastor didn’t do the baptisms, and that may have been just a bit uncomfortable for some in the congregation. But it was incredible, too. Six baptisms later, both the baptizers and the baptized were overwhelmed by the power of the moment. “They were so excited,” Brent explains. “They had discipled those children. They were the reason they were being baptized. Sure, I had a small role, but they had the lion’s share. This affirmed their roles as ministers.” 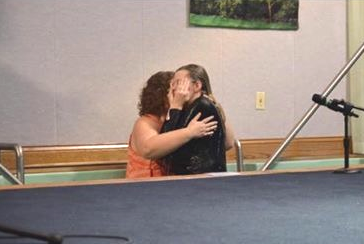 Photo: A layperson baptizes a new believer at Highview.

Like many churches, Highview offers a class to explain baptism and what the service will be like. They utilize postcards to write down their testimonies. They invite their families and friends, including unbelievers, to the event. Instead of celebrating baptisms in the morning worship service, they set aside a special time for such a milestone in the lives of those being baptized. At 4:00 in the afternoon, the congregation cheers and roars like they’re at a football game. Unbelievers and curious onlookers are amazed that so many people cheer for their son, their daughter, their friend, their coworker. Seeds are planted, and disciples make disciples.

Discipleship is a foundational value at Highview Church of God. Whether evidenced by the church’s response to the needy when a November 2013 tornado destroyed much of the community or the church’s stewardship and generosity in preparation for pastoral transition and building maintenance and remodeling, these disciples do more than talk about the way of Christ. They live it out. And that’s exactly what Pastor Brent Farmer sees God doing more of as a new chapter in the story of Highview unfolds. “We are a family on mission, going as groups to reach into the community. I believe were now positioned for growth and we have a strong group of people willing to work to accomplish our mission. I am encouraged by what I see.”