By chogministries
Posted October 29, 2015
In All Church of God, Great Lakes
Heroin Addicts, Dealers Turn to Christ at Ohio Rally2015-10-292020-02-29https://www.jesusisthesubject.org/wp-content/uploads/2016/07/ChogLogo-Light.svgChurch of God Ministrieshttps://www.jesusisthesubject.org/wp-content/uploads/2016/07/ChogLogo-Light.svg200px200px 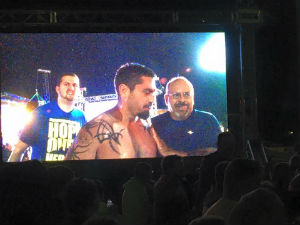 Heroin use may be more pervasive than you think. Statistics estimate that as many as 900,000 people regularly take heroin in the United States alone.* Because heroin doesn’t discriminate based on age, gender, race, or location, it’s likely that you may know someone who has either tried heroin or is affected by heroin abuse in some way. Relative to other drugs, heroin is inexpensive, especially addictive, and overdose generally leads to death. Of all the counties in Ohio, Clinton County is the sixth highest county in heroin overdose deaths. Unable to ignore the epidemic, First Church of God in the Clinton County community of Wilmington joined several other local churches to seek solutions. The results were of eternal consequence.

In June, Pastor Larry Speelman began meeting on a weekly basis with local church leadership teams to make plans for a major event in the fall. This event wouldn’t just raise awareness of the dangers of heroin, but also point addicts, dealers, and anyone within earshot to the hope found only in Jesus Christ. Pastor Larry was aware of a church in the greater Cincinnati area that had begun a movement called Hope Over Heroin. The pastor that began the program is the wife of Larry’s niece, so he had been following the progress of the movement since the beginning. Collaboration with the community beyond the church was key, and the churches were blessed to have the county commissioner and chief of police on board. In early October, the Christian community in Wilmington discovered they’d taken the right first step in combating such a deadly drug. 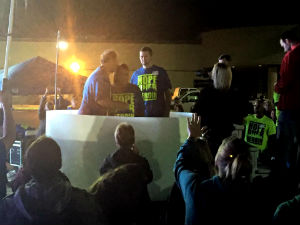 Turnout was unprecedented and proved the desperate need for such an event. The two-night rally attracted an estimated 2,500 people in spite of forty-degree weather. A trained response team of prayer counselors stood at the ready, while a live band played Christian music. Giant projection screens played videos featuring testimonies of addicts who had experienced deliverance from heroin and freedom for their souls in Jesus Christ. Also interspersed through the night were live testimonies of former addicts. The gospel was presented in clear terms, and an invitation was given to accept Jesus Christ and be baptized.

Heaven rejoiced as one hundred thirty people responded to the altar call. In public demonstration of newfound faith in Jesus Christ, an estimated seventy to one hundred people were baptized—right then and there—in forty-degree weather. Since the Hope Over Heroin rally, the Wilmington churches continue to meet each week to follow-up and ensure the momentum continues. Local churches have reported being re-energized from the event, and follow-up testimonies continue to pour in. 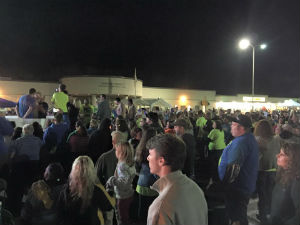 “I just learned about a person in another congregation who rededicated his life. He had been an addict, but now he is clean, and he’s already gotten a job,” Pastor Larry recounts. “I wasn’t able to document this, but there were at least four drug dealers that were among those who were baptized. That is big impact on our community. People who had been away from the church have also come back to the church because of this event.”

To those who wrote off heroin addiction as no big deal, this event was both informative and compelling. “People who don’t know about the drug don’t know how critical it is,” Larry explains. “These addicts actually want out, but they need help. From the time they get up to the time they go to bed, they’re thinking about how they will get the money to get their next fix. We can’t do it ourselves, but by working together with these other churches, God can bring the financial, equipping, and personnel pieces together. And now we’re seeing that happen.”

The Hope Over Heroin movement is expanding, and more and more communities are hosting rallies. Learn more at www.hopeoverheroin.com.

*According to statistics compiled by the Foundation for a Drug-Free World.