By chogministries
Posted February 22, 2017
In All Church of God, Western
Healing, Salvation Follow Intense Week of Prayer at California Church2017-02-222017-02-22https://www.jesusisthesubject.org/wp-content/uploads/2016/07/ChogLogo-Light.svgChurch of God Ministrieshttps://www.jesusisthesubject.org/wp-content/uploads/2016/07/ChogLogo-Light.svg200px200px 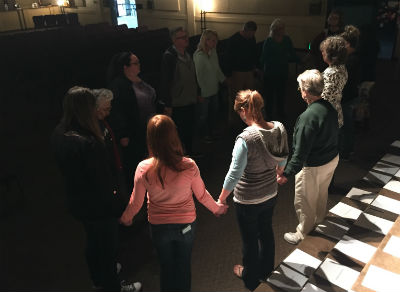 Photo: Prayer circle at the Church of God of Exeter.

Have you ever launched a new Bible study, started an outreach project, or tried something totally new, only to see its initial success fall flat? Was there a time when you realized that all the strategic planning and quality efforts going into something just wasn’t leading anywhere? Has it been a while since a powerful move of the Spirit brought healing, salvation, and deliverance into your place of worship? Michael Guzman, pastor of the Church of God of Exeter in Exeter, California, knows the feeling. A week of intense corporate prayer, five times a day, was just what the Doctor ordered.

It’s not that prayer wasn’t a part of the DNA of the Church of God of Exeter. It was and still is. But a jump-start was needed. The time had come to get back down on bended knee and appeal earnestly to God for revival. As it turned out, the church caught at least a glimpse of the incredible power of the Lord on display in the local church. 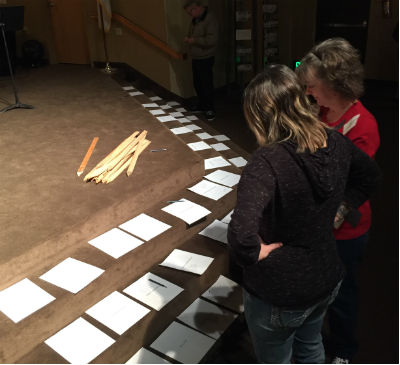 Photo: Prayer cards representing each family in the congregation.

Pastor Michael had learned about a yearlong prayer initiative that led another church to tremendous breakthrough. He realized it might not be sustainable for a year among the flock at Exeter, but he told his leadership team, “Let’s try it for one intense week and see where it goes.”

Ignition Week, as it was called, involved special times of prayer scheduled at the church over five timeslots, directed by various leaders in the church, for five days in a row. Turnout to each timeslot was greater than leadership could have anticipated, and people have already asked when the church will do this again. Over the course of those five days, two people accepted Christ for the first time, a few were healed spiritually, and ten people received physical healing!

Divine healing is part of our history as the Church of God, yet it’s not talked about as much as it once was. Perhaps it’s not happening as much anymore, or maybe God isn’t always given the credit he deserves. Perhaps we’re not fully in tune with what God is doing around us, or maybe we’re missing out on what God could do because we’ve become unintentionally independent of the miracle-working power of the Almighty. In any case, these ten healings were a reminder to the Church of God of Exeter that the Jesus who performed incredible miracles while he walked the earth is just the same today. 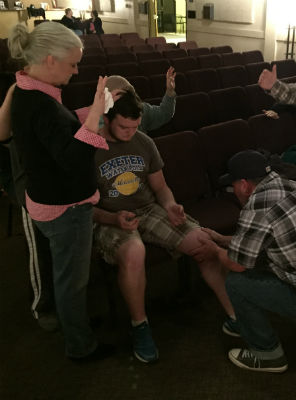 “We used to wait on the Spirit for some things,” Michael reflects. “We used to rely on God. We used to really believe these truths! But I’m not sure that we would have seen all of this happen if we’d implemented this same prayer model five years ago. I think it has been the fruit of a long journey that God has been leading us on.”

Michael shares his story of coming to the understanding that, though not born and raised Church of God, he is a part of a movement that truly believes in miracles. Though he’s experienced what seemed to be silence from God, he’s also learning to trust that God still heals. “I’ve had to teach a lot of people why we’re seeing all of this now and not before. Luke 9 and 10 have been key texts in all of that,” Michael reflects. “We don’t see 100-percent success, but we pray all the more. We’ve committed to pray until they’re healed in this life or go to Jesus and are healed that way. But we have so much authority as followers of Christ. We have to be willing vessels, willing to look a little foolish sometimes, as conduits of his love. We’re going to pray, ‘Your kingdom come and your will be done. We’re going to do this because we’re representatives of the kingdom of God.’”

In Exeter, California, across the United States, and around the world, God is on the move in the Church of God. Join the movement. Donate today at https://www.jesusisthesubject.org/join-movement/.