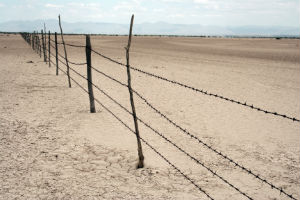 Millions of innocent people are displaced in what has been called the worst humanitarian crisis of our time. Homes are broken and families are being torn apart as a result of civil war in Syria that has lingered on into its fifth year. Many caught in the middle have crossed the Syrian border into neighboring countries and beyond, including Lebanon, Jordan, Turkey, and parts of Eastern Europe. Millions more, stuck within the Syrian border, have been left homeless and hopeless. Instead of simply putting a Band-Aid on the escalating refugee crisis, the Church of God is seeking long-term, holistic approaches. Ken Oldham, pastor for Global Strategy to Egypt, cuts through the confusion to the heart of the matter.

While news coverage of late has focused on the exodus of Syrian refugees into Eastern Europe, countries immediately surrounding Syria have been dealing with refugees since the beginning of the civil war more than four years ago. Resources are stretched dangerously thin in countries such as Turkey, Jordan, and Lebanon. Due to lack of means, the number of displaced persons remaining in Syria is greater than the number of those who have been able to flee. These persons must not be forgotten. 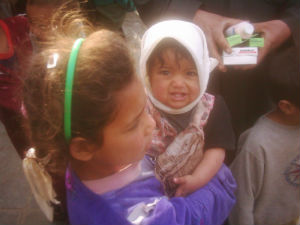 Most important to understand, according to Ken, is that “the current crisis does
not have immediate, short-term answers.” As such, Global Strategy is working with ministries of the Church of God already established in these areas to effectively equip and prepare an approach that will make a lasting difference. Ken explains that while the immediate needs include food, shelter, and clothing, the more significant needs are long-term, and include “acclimating to new communities and schools; finding, learning, and keeping new jobs; and learning new languages and cultures. These real needs of the refugees in the European Union will be ongoing long after the next worldwide crisis makes these refugees ‘yesterday’s news.’”

By working with churches in Europe and the Middle East, Global Strategy is intent on finding solutions that leave a lasting impact. “While we want to respond compassionately now,” Ken explains, “we are also driven to respond strategically and holistically. This type of response will not be met by giving alone, but by equipping congregations with the missiology and methodology to respond compassionately for the long-term needs of refugee families relocating to their communities.”

Church of God Ministries’ chief international officer, Ben Shular, is in conversation with Patrick and Jamie Nachtigall, regional coordinators for Europe and the Middle-East. They are working with the rest of the team to determine the best possible partnerships and plans to help local churches be the hands and feet of One whose presence remains for the long haul.

Donate today to the Disaster Relief Fund. You can also send your donation to Attn: Disaster Relief, Church of God Ministries, PO Box 2420, Anderson, IN 46018. Be certain to clearly designate your gift to Project #45.04502.