By chogministries
Posted June 12, 2018
In All Church of God
Harvey Carey: Snapshots of an Inner-City Pastor, Church Planter2018-06-122018-06-12https://www.jesusisthesubject.org/wp-content/uploads/2016/07/ChogLogo-Light.svgChurch of God Ministrieshttps://www.jesusisthesubject.org/wp-content/uploads/2016/07/ChogLogo-Light.svg200px200px 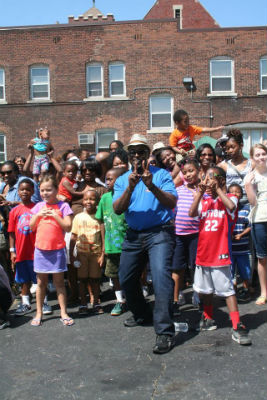 Harvey Carey’s heart is for all ages in the city.

Jesus is the subject for Harvey Carey. The urban pastor and church planter—also an avid amateur photographer—isn’t affiliated directly with the Church of God, but he’s a familiar face to many in the Movement. The former IYC speaker was invited to speak again to the Church of God, this time at the Regional Convention in Columbus, Ohio (June 19–20). His firsthand experience shining the light of Christ in the inner-city not only informs, but inspires listeners young and old, from downtown to down yonder. This product of the inner-city, turned proponent of the inner-city, challenges Christians to give life to their community—population three, or population three million.

While a student at Bishop College in Dallas, Texas, Harvey Carey made the student lounge his go-to place of prayer. God honored Harvey’s consistent prayer time by speaking clearly to him one pivotal evening. “You will go to Detroit, Michigan,” God said, “and start a church—Citadel of Faith.” Harvey reflects that, at the time, he didn’t even know what the word citadel meant. He had also never been to Detroit, but he knew God had spoken. All of this happened in 1986, and while Harvey never forgot that encounter, he and his family first moved to Chicago where he would serve as assistant pastor and youth pastor until 2003. 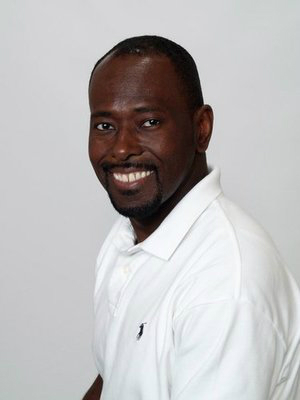 In the summer of 2003, after the final pieces of the puzzle were providentially assembled, Harvey Carey and his wife Nancy and daughter Tiffany were Detroit-bound. Citadel of Faith was planted, and today Harvey Carey pastors a thriving congregation in the heart of the Motor City. As the Church of God movement revitalizes its efforts in the inner-city, Harvey Carey pushes forward in an area too often dismissed by the church world.

“I realize that marginalization and lack of hope can be one of the greatest deterrents of success,” Harvey explains. “I have a burden for the city. The word inner-city often connotes poverty, minorities, and those on the fringe of society. Although this is true, the inner-city is often an eclectic array of all kinds of people struggling to find out how to not only break out of cycles of poverty, but often how to co-exist, as well. I find the tug so strong to the inner-city because I feel this is where the greatest needs often reside in our American culture. I feel uniquely equipped to both love, encourage, and empower those who are most vulnerable. I also feel a unique call to bridge the resourced to the under-resourced. If we are the ‘light of the world,’ I have always run to the darkest corners to ‘let my little light shine.’”

As busy as his schedule gets, Harvey has come to recognize the vitality of rest and recreation. Coming off a recent sabbatical, he’s learned the tools to keep his soul nourished in the midst of ministry. “As leaders are often giving 100 percent and then some, to our youth and the various places he’s called, our activity and doing cannot replace our being.” Perhaps that’s why his interests and hobbies aside from ministry are so valuable to him. Not only does he enjoy capturing stories on his “amazing digital SLR camera,” but he also enjoys watching stories played out on the big screen and the stage. Live Broadway musicals and stage productions are personal favorites! 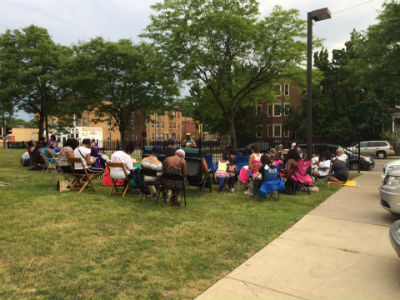 Harvey Carey leads a Bible study outdoors at the condos near the church to reach those who wouldn’t otherwise walk in a church building.

As the Church of God gathered in Columbus, Ohio, returns home from the Regional Convention, Harvey Carey’s prayer is that unity is a resonating theme. “Jesus, in his prayer, asked that we would be one so the world would believe he is the Son of God. With the ever-increasing partisan trenches, and racial and economic tensions that are driving one of the greatest divides our nation has seen in a while, I want to unpack the mandate for unity as a force for evangelism.”