By chogministries
Posted October 24, 2019
In All Church of God, CHOG TraffickLight, Give Life
Growing Spokane Church on Front Lines of Freedom Fight2019-10-242019-10-24https://www.jesusisthesubject.org/wp-content/uploads/2016/07/ChogLogo-Light.svgChurch of God Ministrieshttps://www.jesusisthesubject.org/wp-content/uploads/2016/07/ChogLogo-Light.svg200px200px 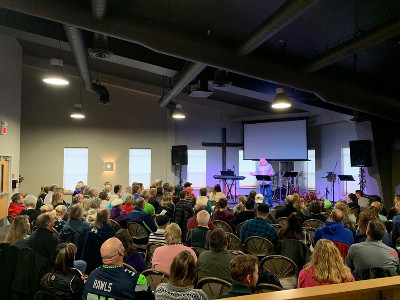 The status quo isn’t good enough for New Horizons Community Church. Whether you’re talking about the congregation itself, the progress in the fight against human trafficking, or the condition of their surrounding community, the Church of God congregation on the northwest side of Spokane, Washington, believes God has more in store. So, as they finalize preparations to enhance their fifteen-acre property, they’ve determined not to pull back forces from the front lines of the fight for freedom. Instead, they’re all the more resolved to support anti-trafficking efforts to the point of putting other pursuits on the back burner.

“We first began hearing about sex trafficking in the United States about eight years ago from a documentary,” Pastor Randy Hood explains. “I remember, as I watched, feeling emotionally crushed that this could be happening in the states, including Washington State.”

A few years later, Randy connected with a young pastor from another part of the state, who informed him that his ministry had met with a youth who was, tragically, being trafficked by her own family. “He began to see the problem was much bigger than the one student,” Randy explains, “and tried to approach the town leadership.” Sadly, the town leadership was reluctant to act, wanting instead to protect the town’s image. That town’s motivation is all too common. 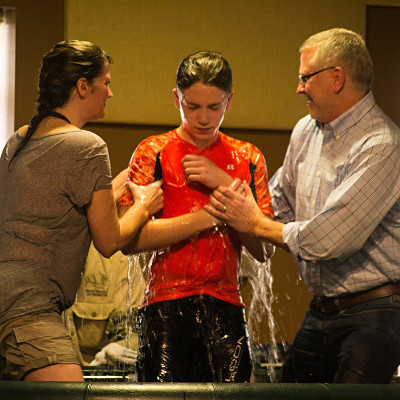 New Horizons is all about the life-changing power of Jesus.

God kept stirring in the hearts of Pastor Randy and the congregation on the issue of modern-day slavery. Only about four years ago, the church learned from within that sex trafficking is a painful reality in Spokane itself. They also learned then about a “grassroots” ministry, based in Spokane, trying to do something about it. The Jonah Project, as it’s called, actively seeks, rescues, and restores victims of human trafficking, while spreading awareness of the prevalence and severity of the problem. The parachurch organization has exploded in impact, with the number rescued from trafficking now approaching three hundred.

“We at NHCC have been convicted that there are a lot of important and powerful ministries in Spokane and around the nation and world,” Randy explains. “One very positive thing is that sex slavery is not a political hot potato. It seems to be a concern of everyone. I was excited when I first heard of the Church of God movement’s involvement a few years ago. So, after time spent in prayer, this underfunded ministry in Spokane became a high priority for us. We have even decreased our funding of other missions for the sake of this need.”

New Horizons Community church not only provides financial support for the Jonah Project, but also offers volunteers for a few of the services the ministry provides. Knowing the cost of what the ministry does, and the limited funding available, some church volunteers help raise funds. Others help by providing meals for the safe houses. Another volunteer, who got involved with the Jonah Project because of New Horizons, serves as an advocate of a trafficked youth at a local safe house. Some in the church have considered participating on “extraction teams” to physically rescue victims—for safety concerns, little information is available beyond this fact. Indeed, the front lines of the freedom fight is not for the faint of heart.

“We are realizing that this kind of ministry can quickly burn people out,” Randy reflects. “They are putting their lives on the line. We feel that supporting them spiritually, relationally, emotionally, and sometimes financially is the least we can do.”

Randy and his wife have felt a personal calling to “come alongside” the Jonah Project’s founder Aaron Tilbury, and his wife Bindi. Aaron, Bindi, and the Jonah Project are overwhelmed by the support. “The way Randy and New Horizons responded,” Aaron explains, “is even more powerful than [financial support] because they really engaged the issue. They learned about it. They let it impact their hearts…which means they can pray for a group of people their hearts truly ache for, and not just pray against the statistics. This makes them more able to empathize with others and be better at loving…and more equipped to share the gospel with people who need to know Jesus.” 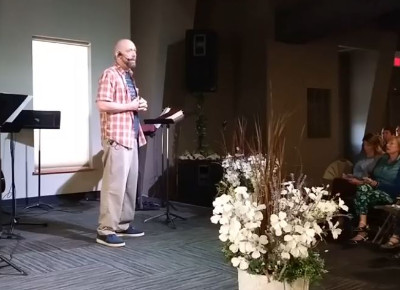 Aaron’s call to courageous Christianity hearkens back to church history. He’s reminded of historical accounts of the growth of the church as believers physically rescued children, especially those with disabilities, from being thrown out and burned with the trash. “We got dirty,” Aaron explains. “And then we’d take the children into our homes. These children, that nobody else wanted, have always been at the core of who we are, and to Jesus they are beautiful. God’s heart hasn’t changed. The question is whether or not ours have.”

Jesus has rescued us. Will the church be his hands and feet to rescue others? “The opportunity to be Jesus to the world is no more open than in the issue of modern slavery. At every time in this nation’s history, the pursuit of freedom has been led by the gospel. Right now there are no social programs solving this. There aren’t organized and efficient government programs or resources. And the trauma we’re talking about is heavy. That’s exactly why the church has a role to play. This darkness can be conquered by love!”

As New Horizons Community Church and the Jonah Project advance spiritually farther into the enemy’s territory, they’ve got their eyes fixed on a bold and innovative new project. In a similar fashion to the Underground Railroad of the mid-19th century, the “Freedom Railroad” would connect churches across the country—known as “HUBS”—to rescue, safely relocate, and restore victims of trafficking.