By chogministries
Posted March 8, 2019
In All Church of God, Give Life, Northeast
Governor Appoints CHOG Pastor as Faith Commissioner on Suicide Prevention2019-03-082019-03-08https://www.jesusisthesubject.org/wp-content/uploads/2016/07/ChogLogo-Light.svgChurch of God Ministrieshttps://www.jesusisthesubject.org/wp-content/uploads/2016/07/ChogLogo-Light.svg200px200px 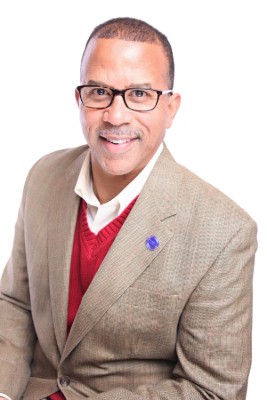 The former pastor of First Church of God in Accokeek, Maryland, was intent on cultivating a congregation-wide heart for community and societal transformation. In the last five years of his thirty-four working for the federal government, Kevin Wayne Johnson served the local church faithfully as a bivocational senior pastor. For Kevin, this calling was far more than filling the pulpit; it was about shifting the gears of the congregation to a more community-oriented direction, all the while laying the groundwork for evangelism and discipleship that would continue long after his tenure was complete. Observing national holidays and marking months of societal awareness quickly became a tangible step toward accomplishing these goals. One of the church’s annual emphases, in particular, caught the attention of the governor’s office—suicide prevention.

National Women’s History Month (March), National Domestic Violence Awareness Month (October), and an emphasis on veterans during November are just a few of the examples of the way First Church of God connects with society. Concerning suicide prevention, commonly emphasized during the month of September, the church would regularly set aside a Sunday to celebrate and honor those who work to prevent suicide. Special guests from the governor’s office, senator’s office, state senator’s office, police department, city council, and other government agencies would often grace the platform at First Church to speak to the subject.

“As a minister of God for over twenty years as a deacon, prayer leader, president of a Bible school, adjunct professor, associate pastor, and senior pastor,” Kevin explains, “I always knew that this is the church’s responsibility—not the government’s—to address the social ills of our society. Unfortunately, rarely, if at all, do I recall hearing a pastor preach on the subject of suicide or domestic violence from the pulpit. So, I did so for five consecutive years as the Lord led me to preach it and how to preach it.”

Of all the societal ills, suicide is one that has really tugged at Pastor Kevin’s heartstrings. The combination of alarming statistics on suicide across the country and the widespread hopelessness and depression he saw regularly, even among churchgoers, prompted him to keep preaching and teaching on suicide prevention. It was Pastor Kevin’s visibility in the community on the topic that led to the governor of Maryland, Larry Hogan, to recently appoint him to the position of faith commissioner on suicide prevention.

“As the senior pastor of First Church, I always thought it was very important to have good relationships with the leadership in the community,” Kevin reflects. “I had no idea what it would lead to, but the previous leader on suicide prevention and the director of community initiatives had been to our church during National Suicide Prevention Month. We’d honor them and say a prayer for them as part of the service. When the current commissioner had finished his term, he nominated me for the next four-year term.”

In his new role, Kevin Wayne Johnson will work collaboratively with faith leaders, cross-denominationally in the state’s twenty-three counties, to raise awareness about the causes of suicide, comfort and offer help to those contemplating suicide, and teach biblical principles for the prevention of suicide—all the while in cooperation with Maryland government officials.

Because somebody’s got to do something.

“I honestly don’t know why churches don’t often talk about suicide,” Kevin explains. “I believe it’s a church issue. We need more than government programs—we need God’s Word. If we can show people, through God’s Word, who they are, and that God loves them, that can make a huge difference. The statistics are devastating, and more churches need to take a stand. Yes, it may be uncomfortable to talk about, but as pastors, we address uncomfortable situations all the time.”

Kevin recommends pastors and churches visit the National Suicide Prevention Lifeline website, which has numerous resources (including staggering statistics) on the subject and tools to aid local churches as they observe National Suicide Prevention Month: www.suicidepreventionlifeline.org. Ultimately, he points to the Bible, still, as the best source of help and hope to prevent suicide. 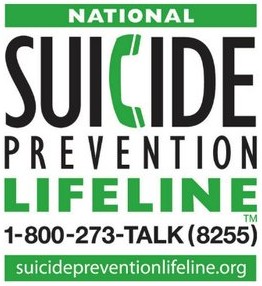