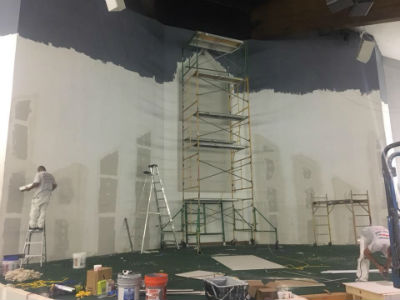 When renovation was underway in the sanctuary.

It’s been noisy, a bit dusty, and very busy in the halls, offices, classrooms, and sanctuary at Bayside Community Church. The Safety Harbor congregation is experiencing a season of expansion and growth, not due to, but rather evidenced by, the upgrades happening throughout their facility. Not exhibiting an “if-you-build-it-they-will-come” mentality, the congregation is intentionally seeking debt reduction and giving a portion to missions, all the while improving the appearance and functionality of the space God’s entrusted to them. So, while they’re certainly making final preparations to welcome a cross-section of the Movement to their home (September 25–26), the enhanced worship and meeting environment is a byproduct of the new life God is breathing in their midst.

“I have never been more excited about Bayside than I am right now,” Terry Rolen, lead pastor, explains.

He has reason to be excited. It’s been roughly six years since he left Ohio for the Tampa, Florida, suburb, and despite the weather, it’s been anything but a vacation. As with most leadership transitions, the first few years were marked by some difficult moments. But God has brought them through that season, and a new, brighter season is upon them. 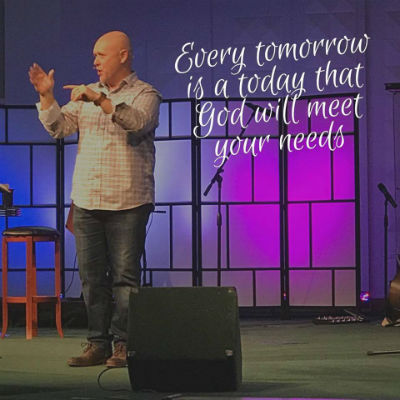 “Great things are happening,” Terry explains. “Morale is super high. Commitment is soaring and people are excited to be here. We still have some challenges to overcome, of course, but we are in an incredibly fruitful harvest.”

Greater 2020 is the name of the overarching, three-year campaign designed to propel the congregation toward greater welcome, worship, children’s space, administrative space, freedom, and connection. They’ve referred to it as a pay-as-you-go strategy, as no new debt is being incurred. In a miraculous affirmation of their present course, Pastor Terry is thrilled to report that the first three phases of the six-phase campaign are already fully funded!

“Taking instruction and inspiration from Jesus’ approach to a harvest season in Matthew 9:35–38, we are moving ahead with greater compassion, optimism, and urgency,” Terry continues. “Greater 2020 is an indication that God is increasing—not our church’s seating capacity—but rather our sending capacity. The Spirit is accelerating our ability to send out more Christ-centered, kingdom-planted laborers into the community.” 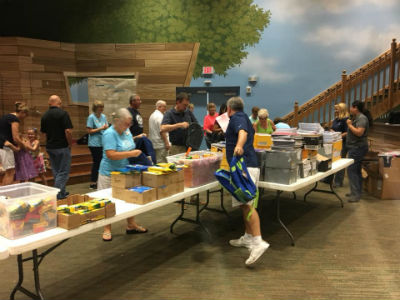 One example of this new dawn at Bayside is the success of a pilot program called Thursday Church, a ministry initiative doing so well in its infancy that it will continue through the fall. “In Florida, the church’s biggest competition is—Florida!” Terry exclaims. “Because the weather is beautiful most of the time, people fill their weekends with recreation. Thursday Church started as a summer strategy to minister to families who are camping, going to Disney, the beach, or to sports tournaments on the weekend and are thus unable to attend worship on Sunday. Thursday Church provides a more intimate atmosphere, which people seem to really enjoy. It’s reaching some folks who weren’t coming to church at all.”

In addition to a wide variety of ministries and efforts that touch the congregation and community, the church recently partnered with the local Mattie Williams Neighborhood Family Center to fill 350 backpacks with supplies for children going back to school. Throughout the year, they find other opportunities to serve alongside the organization, including a weekly food bank and providing gifts for children at Christmas.

See the new-and-improved Bayside Church for yourself this September 25–26 for the fifth-and-final 2018 Church of God Regional Convention! Details available at www.chogconvention.org.