By chogministries
Posted October 24, 2013
In All Church of God, Colleges & Universities
Gloria Gaither Kicks Off Homecoming at AU2013-10-242013-10-24https://www.jesusisthesubject.org/wp-content/uploads/2016/07/ChogLogo-Light.svgChurch of God Ministrieshttps://www.jesusisthesubject.org/wp-content/uploads/2016/07/ChogLogo-Light.svg200px200px 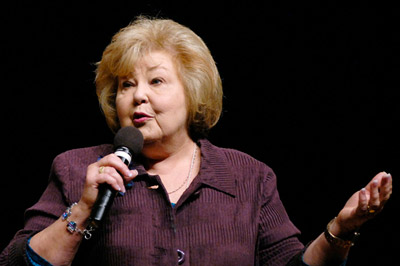 Gospel music legend Gloria Gaither had a much different plan for her life when she first got to Anderson University years ago.

“I wanted to be a missionary to Africa,” she told AU’s student body during a chapel service Tuesday, when she received the School of Music, Theatre, and Dance’s outstanding music alumni award.

But more importantly, she said, she wanted to follow God’s direction, which led her to gospel music instead of Africa.

She met her husband Bill at AU, “the interruption in my life on the way to Africa,” she joked.

Together, they began writing songs and performing them, despite the fact Gaither knew she “couldn’t sing.” The thought of performing in front of large audiences terrified her. 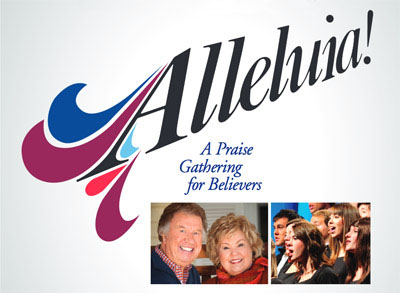 “I was convinced all those people were going to see me fail,” she said.

But she said God used her weakness to his advantage.

Her talk kicked off a busy week of homecoming activities at AU.

Ben Davis, director of alumni relations, said homecoming is a time to continue to build on the community feel the school seeks.

“We’re trying to find as many different ways for alumni to be able to connect with each other and re-connect with the campus and the people here,” he said.

While AU doesn’t have official registration for returning graduates, Davis said campus routinely gets more than 1,000 alums every year for homecoming.

The school was excited to have Gaither speak to students Tuesday.

And Gaither’s weekend isn’t over after her address Tuesday.

She, along with Bill, will be hosting a 40th anniversary celebration of “Alleluia,” a performance created by the Gaithers. AU students will be helping with the production, which takes the stories of Biblical characters and mixes them with stories about ordinary people whose lives have been touched.

Anderson University will offer a live webcast during Homecoming on Saturday, Oct. 26, from 11 a.m. to 1:30 p.m. EDT. The event, to be hosted by WQME 98.7 FM’s Matt Rust, will feature conversations with AU alumni, faculty, and staff and will be shot on location along University Boulevard during the Homecoming Street Fair. Production support will be provided by Covenant Productions® and students from the Department of Communication Arts.

For a full schedule of Homecoming events, visit the Homecoming area of the AU website.