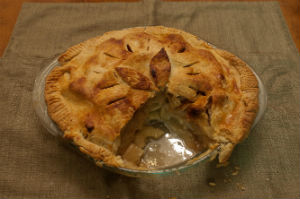 “Going once, going twice, SOLD!” The auctioneer’s chants rang out through the gymnasium at Huber Heights Church of God as Operation Airlift was finally underway. The excitement and anticipation had mounted to this climactic moment when the tantalizing spread of cakes, pies, and pastries would be sold to the highest bidder. Operation Airlift was not a fundraiser for a daring rescue attempt or an emergency trip to the ER, but rather it was a project designed to raise support for an international delegate to secure a flight to the Global Gathering.

The Church of God in Huber Heights, Ohio, jumped on board as a sponsor of an international delegate earlier this year. Following the General Assembly meeting last June, associate pastor Howard Briggs simply could not get the opportunity to sponsor a delegate off his mind. “I just said, ‘We’ve got to do this.’” Briggs, whose pastoral responsibilities at Huber Heights include working with the seniors group, determined that his seniors could handle the task. These seniors would come up with a way to raise the funds to sponsor a delegate to the Global Gathering.

Just after the New Year, Briggs worked with the seniors group to plan a fundraiser. Operation Airlift—as the seniors dubbed it—would consist of a major dessert auction for the 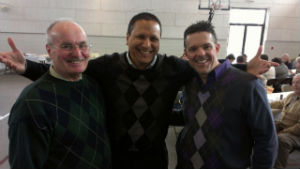 church. As Briggs described, the seniors needed very little encouragement and direction. They took off with the idea and ran with it!

“When they started bringing the food in, I couldn’t believe it! I didn’t have to do much of the prep or any of the cooking. It was wonderful. We had a big globe set up and decorated with a focus on the country where our delegate is coming from. And we had a lot more than just seniors there. We had young adults and the youth helping us.” As the people gathered that day, the enthusiasm in the church gymnasium was contagious.

One of the seniors at Huber Heights is the father-in-law of the state pastor in the Church of God in Michigan. “Brother Jones has a tremendous, resonant voice. He and our youth pastor, Dwight Bruggeman, were the auctioneers, and they were very good. People started buying the food, and then those who bought it wanted to sell it again! One lady brought a check for $500 just to donate.”

Briggs explains that another donor chose to be anonymous and had them issue a matching gift challenge. The spirit of giving—for the purpose of offering one Vietnam pastor the opportunity to fellowship with children of God from around the world—truly overwhelmed Briggs. When all was said and done, this pie auction brought in a whopping $3,220. Briggs reflects, “I thought we’d have to work a couple more months to reach the goal, but we don’t. We have it in the bank right now!”

Pastor Briggs can’t wait to make the trek to Anderson this June for the Global Gathering. He looks forward to meeting the delegate for whom they labored and prayed. “I think the Global Gathering is a wonderful concept. I study maps. I love to look at countries. I often wonder about the churches in other countries and how they are doing. I am excited to hear the stories directly from the delegates.”