Give Me Your Eyes: Portland Project Puts People in Perspective

By chogministries
Posted January 27, 2016
In All Church of God, Western
Give Me Your Eyes: Portland Project Puts People in Perspective2016-01-272020-02-29https://www.jesusisthesubject.org/wp-content/uploads/2016/07/ChogLogo-Light.svgChurch of God Ministrieshttps://www.jesusisthesubject.org/wp-content/uploads/2016/07/ChogLogo-Light.svg200px200px

In 2008, contemporary Christian recording artist Brandon Heath recorded “Give Me Your Eyes,” a song which many radio stations are playing to this day. Those familiar with the song know its pointed challenge to open our eyes to see men and women as made in the image of God—to put on God’s eyes and see them like he sees them. Ken Loyd has observed that often the most overlooked and ignored in our society are the people of the street, particularly those of the younger generation. Motivated by a love for the disenfranchised in Portland, Oregon, and empowered by funds from the Change the World grant awarded last year, this Warner Pacific College professor and local pastor is doing something about it. He’s preparing a training package to help open the eyes and hearts of the Church of God to the people behind the faces of those in our cities we might prefer not to notice.

“As a child, I was overlooked,” Ken explains. “I have a knack for spotting people who are overlooked and unwanted.” Ken’s ministerial journey has taken him from pastoring a megachurch to pastoring an often-overlooked people group—the homeless. Nothing but a broken heart for the “least of these” could have directed such a transition. “There was a group of young people in Portland just waiting for someone to come along and take responsibility for them,” Ken continues. “This was back in the late 1990s. Every time I went to downtown Portland, there were not just dozens, but hundreds of young people just milling about with no place to go. There may have been many people who wanted them, but there was no evidence of that.” 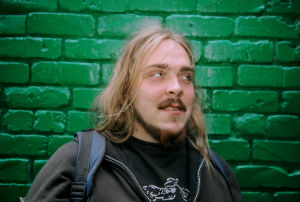 So Ken started a church specifically for the street youth of Portland. Few if any in this group of mostly musicians and artists were over the age of twenty-six. At first, approaching people on the street was a bit scary but, as he and another lady who accompanied him soon found out, they had absolutely nothing to worry about. “Everything we were told these people were, they weren’t,” Ken recounts. “Everything we were told they weren’t, they were. They were intelligent, wise, and even hilariously funny. They weren’t drug addicts. They weren’t mentally ill. Addiction might be 10 percent higher on the streets than the rest of the population, and mental illness may be 5 percent higher. People young or old on the street, when they fall into a gutter, everybody sees because the police come and it’s a big deal. But the business executive who goes home and passes out on the living floor—nobody sees that.”

All this to say that the people on the street are really no different than you and me. But for most churches, people on the street do not seem approachable. We wish them well, we’ll even pray for them or give them a few coins, but do we treat them like human beings? As a result of funding from the Change the World grant, Ken and a team he’s assembled are producing a training package expected to be available by the end of March. This training package, complete with a documentary film, online resource portal, and a dramatic theater production—produced in conjunction with Ken’s church and the Warner Pacific College drama department—will open up opportunities once thought closed to the majority of the church world. The material will feature many of the street youth who attend the church Ken pastors today—The Underground—composed of up to 150 people call the outdoors of downtown Portland home. 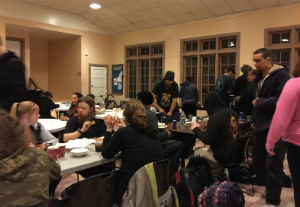 The name of the project is “First Do No Harm” and refers to the harm that we often do when we try to approach people on the street in a way that actually perpetuates the divide. “Jesus saw the barrier between the ‘Christians’ of the day and the people living in sin,” Ken explains. “That barrier was created by those who want to protect our churches from sinners. If Jesus were to physically be in Portland, and I got word of it, I wouldn’t go looking for him in the churches. I’d go look among the forgotten people in the downtown area. The people of the street would flock around him because Jesus was a lover of people. That’s not to say Jesus was unconcerned with sin, but he is so much more concerned with people. Think about this: I helped raise four children, and when they were two, they had messy diapers. But you know something, when I thought of them, I thought of how sweet, how beautiful they were. When people asked me about my children I never said they just wet their diapers all the time. No, I told them how wonderful and beautiful they are. When I approach someone on the street, I don’t see all of the things that make them different. My first thought is how beautiful this person made in the image of God is.”

For more information about Change the World, visit https://www.jesusisthesubject.org/change-the-world-info/.