By chogministries
Posted March 14, 2016
In All Church of God, Northeast
Gertrude Goode: Continuing to Break Racial, Gender Barriers in Virginia2016-03-142020-02-29https://www.jesusisthesubject.org/wp-content/uploads/2016/07/ChogLogo-Light.svgChurch of God Ministrieshttps://www.jesusisthesubject.org/wp-content/uploads/2016/07/ChogLogo-Light.svg200px200px 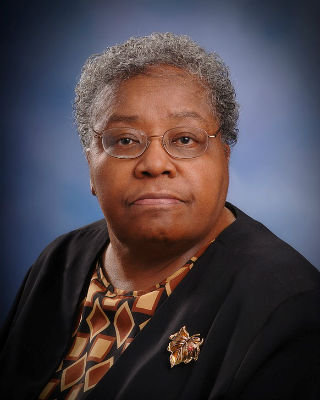 Breaking the racial barrier in the newly formed Church of God in Virginia was Dr. Rawleigh W. Quarles, Sr., who served as the first state chair.  He held this position for a three-year term, followed by Dr. Bob Neace. Now the state is being led by Rev. Gertrude Goode.

Among the decisions of historical significance, one of the top decisions made by the Church of God in Virginia was the selection of Gertrude Nichols Goode (Sister Goode, as she is best known) to serve as the first female chair. Her selection makes her a pioneer of leadership as she broke barriers not only of race, but of gender, as well.

As chair of the Church of God in Virginia, Sister Goode has served faithfully since her ratification to the office in August 2013. Several initiatives and forward-thinking decisions have been reached and implemented under her guidance. But, breaking both gender and racial barriers is not new to Sister Goode. Her life experience demonstrate she is uniquely qualified to lead the region.

She was born in Berlin, Virginia, in Southampton County. She grew up in the Boykins (now Pittman Road) Church of God, where she served under influential leaders such as Rev. J. T. Alexander, Rev. Lassiter, Rev. Green, and Rev. John Davis, all of whom have been called home to be with the Lord.

She attended Hill Elementary School and Riverview High School in Southampton County. After graduating high school, she attended and graduated from Norfolk State University (with a degree in Education). After receiving her degree, she taught at Boykins Elementary. She left the elementary school and began to teach at Southampton Correctional Facility. Following a long and distinguished career in correctional education, she retired from the Department of Corrections. Her husband is deceased. She has two wonderful daughters and lost one son after birth. She has one dedicated son-in-law and two grandchildren who honor and love their grandmother.

God had his eye on Sister Goode early on in her life. About 1980, she joined and began fellowship at the Suffolk Church of God under the leadership of the late Elder L. C. Brown. Sensing and obeying her call to ministry, she left Suffolk to become pastor of Emporia Church of God after the passing of Rev. L. G. Linton. While serving in Emporia, a celebration was held in her honor on November 16, 2002. She left Emporia to serve as pastor of the Petersburg Church of God Mission, which was started by the late Dr. Lucille Green. She is now retired from full-time pastoral ministry, but retirement does not mean she has stopped ministering. For the past twenty-two years, Sister Goode has served, and continues to serve, as one of the teachers for the Church of God Leadership College.

Sister Goode served on the original leadership team that worked to bring together the state credentials committees and ministers’ fellowships that ultimately led to the establishment of the Church of God in Virginia. Along with others on the team, the value of her leadership during those eras cannot be overstated.

Sister Goode’s term as chair for the Church of God in Virginia comes to an end this August. She will continue to be called upon for her wisdom, experience, and counsel even after she leaves formal office. She has helped to lead the region and stands as a historic and, I believe, divinely appointed leader, mentor, and friend.

Donald Neace serves as senior pastor of Water’s Edge Church of God in Cape Coral, Florida. Learn more about the Church of God at www.JesusIsTheSubject.org.