By chogministries
Posted October 1, 2014
In All Church of God
Georgia Church Sets New Course for At-Risk Children2014-10-012014-10-01https://www.jesusisthesubject.org/wp-content/uploads/2016/07/ChogLogo-Light.svgChurch of God Ministrieshttps://www.jesusisthesubject.org/wp-content/uploads/2016/07/ChogLogo-Light.svg200px200px 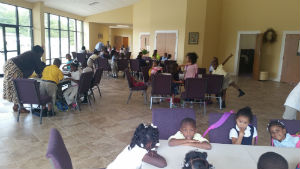 Photo: Children participating in the after-school SEEK ministry at Community Church of God.

“Because of what’s going on in the school system, a lot of the parents haven’t even completed high school. Their children are geared to become what they see. How can you expect a generation to change if they see such a model set before them? So we said, it starts with our church.” Jason McClendon, pastor of Community Church of God in Macon, Georgia, has rallied his congregation to accept responsibility for the next generation. The change is already beginning to unfold. “If we help our children now, then in about twenty or thirty years, this will be a totally different community.”

Jason pastors a congregation in the midst of a community ravaged by hard times and still plagued by racial tensions. Through the years, this church has witnessed an incredible decline in the community and a rapid increase in the need for hope. Nearly 40 percent of the residents live below the poverty line, and the contrast between rich and poor is stark. In recent years, established educators have left the public schools for charter schools, leaving a void in the public schools. Community Church of God developed a nonprofit organization, separate from the church, as a platform for community change. 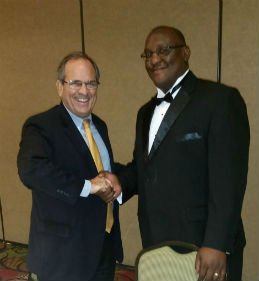 stigma exists when it comes to raising money for a cause. Community Church of God is aware of the obstacles and opted to create a separate nonprofit as a way to implement community change and break down these obstacles to reach a cross-section of supporters. Though not seeking to grow the congregation by means of changing the community for the better, the congregation has nevertheless experienced great growth.

What the church is actually seeking centers on the health, wholeness, and development of children. The church has opened up afterschool programming for one hundred students feeding directly from one local school. The church’s new campus offers students both a technology lab and a science lab. “In this area, the statistics show that students do poorly in science, social studies, and math because of their inability—and lack of desire—to read,” Jason explains. “A lot of our children learn differently. Some are mechanical learners. We have a doctor on our board who used to be the director of a medical center. Once every two weeks, he comes in and does a chemical lab with the students.”

Jason goes on to explain that empowerment comes when the kids realize they actually could become a doctor, a scientist, an engineer, an educator. Ultimately, the ministry is set to take on 150 more children. The team hopes to open a school as well. Beyond outreach to children, they also plan to reach out to seniors and families. The have even forged a business model to create one hundred community jobs that pay ten dollars an hour. For Jason, children have to become the first priority, yet they are only the beginning.

“In the Church of God, we talk so much about D. S. Warner and the old days, but the only people who understand that are seniors and people like me who have been in the Church of God all their life. The reality is that we started out because we went after the children. And children will come when you’re doing something for them.”

In September, the SEEK Gala was held to formally introduce members from every facet of the community to the church’s concept of offering “Services Enabling and Empowering Kids.” Jason is thrilled by the response but looks forward to more. “We’re excited,” he concludes. “God’s going to do something big.”

Learn more about how the Church of God is changing the world at www.JesusIsTheSubject.org.