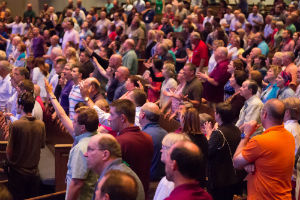 In 2014, the General Assembly elected a seven-member convention committee to determine location, dates, and the program for this year’s convention. But that wasn’t their entire responsibility—they were also chosen to “prepare a proposal for the long-term trajectory of the Convention (including its meeting cycle, timing, and location).” 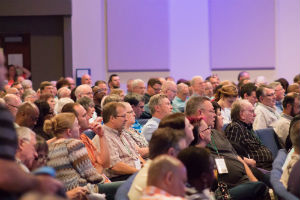 After careful research, extensive review, and prayerful discussion, the committee proposed that, going forward, the Church of God Convention and General Assembly would meet during odd-numbered years, while the International Youth Convention—our largest Church of God gathering— would meet during even-numbered years. By affirming the resolution, the General Assembly also demonstrated support for regional meetings to take place in the even-numbered years, thereby encouraging broader participation and accessibility. These regional gatherings will take what you know and love about the Church of God Convention on the road. Coming to a city near you, you’ll find the same high-quality worship, speaking, and conferences you’ve come to expect, but in a condensed format to save you time and money. Furthermore, General Assembly 2015—with attendance higher than recent years—affirmed the need for intentional international participation every fourth year. 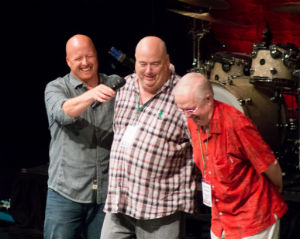 Thank you, Jennifer Carney, Tommy Dove, Milton Grannum, Eric Livingston, Jim Lyon, Jesus Mena, Melissa Pratt, Michael Thigpen, and Judy Weeks for your dedication and service to the Church of God through the convention committee. We are indebted to your hard work and labor of love.

Details on dates, locations, and program for the regional gatherings are in development. Stay tuned to www.JesusIsTheSubject.org for convention announcements.

Read the text of the Convention Committee Report and Resolution at https://www.jesusisthesubject.org/files/downloads/documents/ga/2014-2015CHOGGAConventionCommitteeReportAndResolution.pdf. Learn more about the Church of God at www.JesusIsTheSubject.org.