By chogministries
Posted May 16, 2022
In All Church of God, CHOG
General Assembly Executive Committee a Snapshot of Movement’s Diversity2022-05-162022-05-13https://www.jesusisthesubject.org/wp-content/uploads/2016/07/ChogLogo-Light.svgChurch of God Ministrieshttps://www.jesusisthesubject.org/wp-content/uploads/2022/05/ministries_council_file_photo_2018_adj.jpg200px200px

Often what goes on behind the scenes is taken for granted; neither well-known nor widely understood, such work and ongoing processes nevertheless benefit many. In the Church of God movement, mechanisms are in place to ensure the work of the General Assembly continues even when the General Assembly is not in session. Behind the scenes, the Ministries Council is often recognized as the governing board of directors for Church of God Ministries. But a smaller body, known as the Executive Committee, sets the agenda for the biennial meeting of the General Assembly and carries out a variety of other important tasks. More consequential to the work accomplished, though, are the hearts behind the roles—currently accounting for one of the most diverse rosters the Executive Committee has ever seen. 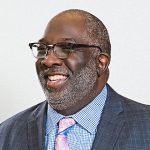 Comprised of the chair of the assembly, the vice chair, the secretary, and two elected at-large members from the General Assembly, those on the Executive Committee, among other responsibilities, review the agenda for upcoming General Assembly meeting, nominate candidates for other elected standing committees, ratify the chair’s appointment of parliamentarian and historian, and appoint the Assembly’s vice chair and secretary if either position is left vacant. The extra hours spent for the good of the Church of God movement may go unnoticed by the congregations across the United States and Canada, but the devotion and diversity of the current composition of the committee is certainly something for all to celebrate. 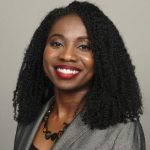 Unity is most beautiful—and the strongest witness for Jesus—when it radiates amid diversity. The present lineup of General Assembly Executive Committee members includes ethnic, primary language, generational, and gender diversity. Bishop Timothy Clarke, who serves as the chair of the General Assembly, is a member of the group, as is Esther Cottrell, the chair elect. Efrain Cirilo serves as vice chair, while Vincent Miller is the secretary. Members-at-large include Jorge Palacios and Keisha Patrick. The diversity of the committee is worth thanking God for, but it’s actually a long-awaited reflection of the reality of longstanding diversity in the Church of God movement. 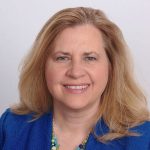 “As the outgoing chair of our Assembly and Ministries Council,” Bishop Timothy Clarke explains, “one of the great blessings and gifts that I have experienced is the rich diversity of the Executive Committee and Ministries Council. This diversity is seen in gender, racial, geographic, and even age representation. The intentional diversity allows us to be a visible image of the church and to draw from the deep wells that make up the Church of God.”

Keisha Patrick further reflects on the beautiful diversity of the committee, expounding upon Bishop Clarke’s observations. “The racial, ethnic, and gender diversity of the General Assembly Executive Committee helps move us closer to fully reflecting the diversity within the Movement and body of Christ. God created us in God’s own image, and God intentionally created us diverse. We learn more about God through connecting with people who reflect God’s image differently than we do. Our race, ethnicity, and gender are reflections of God’s image that impact how we experience life in this world.” 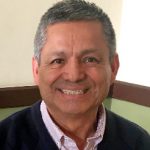 Keisha goes on to cite Jesus’ prayer as recorded in John 17, noting the tremendous opportunity the Church of God has to communicate Christ clearly not in spite of, but because of, such beautiful diversity.

Esther Cottrell also points to John 17, and reiterates the snapshot such diversity reveals about the broader Church of God movement. “I am so impressed with both the diversity and leadership quality of both the Executive Committee and the Ministries Council. The General Assembly has selected male and female; African-American, Hispanic, and Caucasian; lay and ordained; millennials to boomers. These entities feel like a microcosm of the church at-large.” 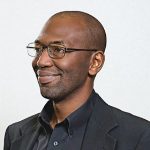 But the General Assembly Executive Committee isn’t about statistics; they’re about the Lord’s business, and the heart for the work they do is most telling. Efrain Cirilo reflects on his experience, “I believe God provides us with opportunities every day to make a difference,” he says. “When I was nominated to serve in this position, I knew that it was something I could do to help our Movement continue to move forward in accomplishing the Great Commission. With my experiences in church multiplication and disciple-making, I bring a multi-ethnic leadership perspective that can further advance the Movement.”

Jorge Palacios describes the feeling of serving the Movement well: “Being a member of the Executive Committee for me is a great honor, and my motivation to accept this opportunity was the service in God’s kingdom; knowing that we are a spiritual entity, called by God to love and serve the Church of God movement, walking together and dreaming about the future.” 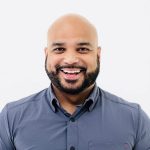 Speaking of the future of the Church of God, these servant leaders believe strongly in what our great and mighty God can accomplish in our midst. Each one prays regularly for the Holy Spirit to guide and bless the Movement. If an opportunity to listen in on their prayers were made available, however, Efrain Cirilo’s inspirational intercession sums up their collective sentiment well.

“With so much racial and political tension in our world today, and disunity circling around us,” he reflects, “we need, more than ever, a move of God that will ignite a passion for Jesus as we make disciples and love one another without limits. The scripture I pray every day is Psalm 86:5, “Will you not revive us again, that your people may rejoice in you?” (NIV)

With that in mind, Efrain prays, “Lord, send revival to our movement! May we work together to advance your kingdom as we make disciples who make disciples. Lord, may we see a move of God that will bring unity in places of disunity and shine light in dark places. May we love one another when hate seems to have overcome us. May love be our highest aim. May we love like Jesus!”

Learn more about the Church of God movement, including history, beliefs, and structure, at www.JesusIsTheSubject.org. For information about the General Assembly, including answers to frequently asked questions, visit www.jesusisthesubject.org/general-assembly. 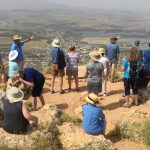 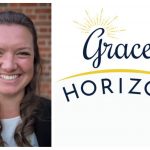