By chogministries
Posted February 17, 2015
In All Church of God, Colleges & Universities
Gaithers to Host Tribute Concert for AU’s Edwards2015-02-172015-02-17https://www.jesusisthesubject.org/wp-content/uploads/2016/07/ChogLogo-Light.svgChurch of God Ministrieshttps://www.jesusisthesubject.org/wp-content/uploads/2016/07/ChogLogo-Light.svg200px200px 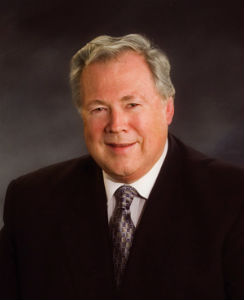 Anderson University alums and legendary Christian recording artists and lyricists, Bill and Gloria Gaither will host a special tribute concert to honor President James L. Edwards and Mrs. Deanna Edwards on Sunday, Feb. 22 at 7 p.m. in the Reardon Auditorium. The special celebration concert is free and open to the public. Bill and Gloria Gaither will be among a special list of speakers and performers that include Sandi Patty, the Anderson University Chorale, Jay and Amy Rouse, the Anderson University Wind Ensemble, Carl Erskine, a student gospel quartet and members of the Edwards family. The event will also include special moments of recognition from campus members as well as recognition from local, state and national offices.

During his tenure as president, Dr. Edwards has overseen several comprehensive capital campaigns raising funding support totaling more than $200 million dollars. A number of major facilities have been constructed during his presidency, including the Kardatzke Wellness Center, York Performance Hall, York Seminary Village, additions onto Decker Hall and Hartung Hall, a new business school, the Flagship Enterprise Center and improvements to residence halls and many existing campus facilities.

Dr. Edwards has extensive involvement in the arena of higher education in Indiana and nationally and has been a busy community leader during his tenure. He has served on the board of directors of the Council for Christian Colleges and Universities. He has also served as a director and officer of the board of the National Association of Independent Colleges and Universities, as chair of the board for Independent Colleges of Indiana, and a member of the Steering Committee of the Indiana Leadership Prayer Breakfast. He holds board membership on the Heartland Collegiate Athletic Association and served as chair of Indiana Campus Compact.

Locally, Dr. Edwards has served on the board of directors of the Madison County Community Foundation, the Corporation for Economic Development of Madison County and First Merchants Bank of Central Indiana. He is a member of the Rotary Club of Anderson where he was honored with the 2003 Community Image Award. He has served on the Ministries Council of the Church of God, the board of directors of St. Vincent Anderson Regional Hospital, Citizens Banking Company and the United Way.

Prior to his election as president of Anderson University, Dr. Edwards was president and chief executive officer for Warner Press, publishing house for the Church of God. In this assignment, he directed the work of the largest religious publisher in Indiana. An ordained minister, Dr. Edwards has served the Church of God in a variety of assignments, including serving in senior pastoral leadership in a number of major churches across the country. Prior to national executive service, he was senior pastor of the Meadow Park Church of God in Columbus, Ohio. Earlier pastorates were in Indiana and Michigan. Edwards is a graduate of Anderson University and the Anderson University School of Theology. He earned a Doctor of Philosophy degree in Educational Policy and Leadership at The Ohio State University.

Mrs. Edwards is also an alumna of Anderson University. Since returning to Anderson, Mrs. Edwards has become a valuable member of the Anderson community as well, committing her life efforts to working on issues affecting women, children, and their families. She has served on the board of Alternatives Inc., where she previously held the position of children’s program director. She also volunteers with Silent Blessings, a ministry serving the deaf community and serves on the Guiding Committee of Park Place Children’s Center and facilitates the children’s program of Godly Play each Sunday morning at Park Place Church of God.

Through her work with women and children in domestic crises, Mrs. Edwards has come to know the city in a much different way. The work has deepened her care for the Anderson community. In addition to advocacy organizations for women and children, she also provided leadership on the Mayor’s Commission Against Domestic Violence and with the Anderson Community Schools Foundation.

Dr. and Mrs. Edwards have three children — Cory, Todd, and Katie — and six grandchildren, all in California.