By chogministries
Posted February 16, 2017
In All Church of God
Gaither Vocal Band to Kick Off Wichita Convention2017-02-162017-02-16https://www.jesusisthesubject.org/wp-content/uploads/2016/07/ChogLogo-Light.svgChurch of God Ministrieshttps://www.jesusisthesubject.org/wp-content/uploads/2016/07/ChogLogo-Light.svg200px200px 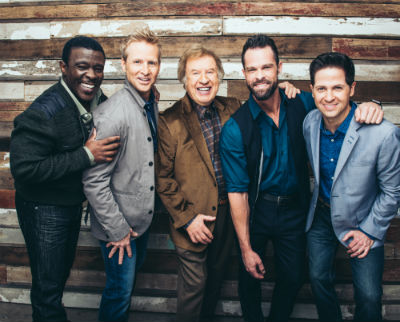 Across the Church of God—more accurately, across Christendom—the name Gaither has become synonymous with the best of gospel music. With a sense of holy pride in two of its own, the Church of God has celebrated the extensive reach of Bill and Gloria Gaither for several decades. From “He Touched Me,” to “Because He Lives,” to “The Family of God,” several classics found in the Church of God hymnal have come to us from the pens of Bill and Gloria. The Gaither Vocal Band, featured on just about every one of the highly popular Gaither Homecoming videos, has touched audiences around the world with the hope of Jesus Christ set to music. We couldn’t be more excited to announce the Gaither Vocal Band as kickoff worship artists for Church of God Convention 2017 in Wichita, Kansas.

The Gaither Vocal Band will lead the Church of God in a powerful worship experience Tuesday evening, June 20, at 7:00 PM EDT. It will be the perfect opening to a convention that is already shaping up to be a historic event for the Church of God movement. Between speakers such as Nick Vujicic, Paul Sheppard, and Anita Renfroe, as well as top-notch breakout sessions and conferences, not to mention the long-anticipated release of the outcomes of the CHOG Tables of 2016, the entire convention is this summer’s priority—an experience you won’t want to miss. Then there’s the pivotal General Assembly that will celebrate one hundred years since its first gathering—clearly, Tuesday night’s opening celebration is just the beginning of what God has in store.