From the Ball Field to the Field of Souls

By chogministries
Posted March 1, 2012
In All Church of God
From the Ball Field to the Field of Souls2012-03-012020-02-29https://www.jesusisthesubject.org/wp-content/uploads/2016/07/ChogLogo-Light.svgChurch of God Ministrieshttps://www.jesusisthesubject.org/wp-content/uploads/2016/07/ChogLogo-Light.svg200px200px 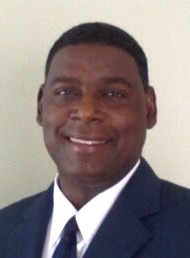 When life throws you a curve ball, what do you do? How do you respond? For Rev. Carlos Sanchez, it was the biggest curve ball of his life, but it was one he was overjoyed to receive. Once a baseball player in the minor leagues, this curve ball didn’t strike him out—it struck him into the kingdom of God.

Sanchez grew up in the Dominican Republic, and like many youth from the region, he set his eyes on a career in baseball. During his four-year stint with the San Francisco Giants’ minor league team, he trained with baseball icons such as Sammy Sosa. Sosa had played for Texas and trained with the Giants in the Dominican Republic in the late 1980s. But all the glitz and glamour that came with a career in baseball could not compare to what God had planned for young Sanchez.

In January 1992, Sanchez surrendered his life to Christ. Just two months later, he began to preach the gospel with unbridled passion. “So many things happened, and so many people came to Christ,” Sanchez recalls. Still, he felt like God was calling him to do much more. He attended seminary in New York with the desire to not only learn more about God, but also learn how to “keep the converts in the church.” When his nose wasn’t in the books, his “beautiful feet” (Is 52:7) were taking him to churches far and near with the good news about Christ. He evangelized openly on the streets, in the parks, and just about anywhere he could strike up a conversation.

After Sanchez moved to North Carolina, he started meeting with people in a house-church setting. God blessed the group and it grew. Sanchez was later introduced to the Church of God and soon met Jim Johnman, director of evangelism and church planting for the Hispanic Council. Jim and Sanchez discussed the beliefs and doctrines of the Church of God at great length, and Sanchez was very happy with what he learned. Jim encouraged Sanchez many times to accept pastoral positions, but Sanchez cited his call to evangelism, not pastoring. Sanchez remembers thinking, “I don’t think I want to work with pastoring right now. I like being an evangelist.”

“One day,” Sanchez continues, “I was driving a truck and Jim called me and said there’s a door open in Chicago. Jim urged me to go with him to Chicago. ‘We have to go to Chicago,’ he said.” Sanchez was unsure, but God revealed to him that he was to go. Then, as Sanchez puts it, “God planted my heart in Chicago.” 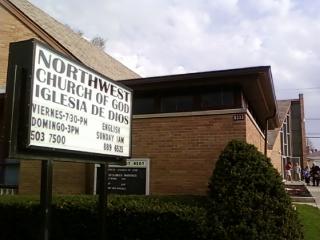 Many organizations, including the Concilio and Illinois Ministries of the Church of God, assisted Sanchez’s start into pastoral ministry in the Chicago area. “When we came here to Chicago, I came with no one. It was starting from the ground up, and it was not easy. It was scary, but I was so excited. Pastor Eric Livingston was an inspiration to me. He opened his heart to me, and every time I had a question, he was there.”

Sanchez went to the parks, the Laundromats, the supermarkets, and the car wash, and talked to everybody he could about the new church. He and his ministry leaders took names and phone numbers of everyone they met on the street. On the day the church plant was launched, they had forty-three people. Today, Iglésia de Dios Northwest sees 275 people each weekend.

Recently, the church in which they meet has decided to give the facility to Iglésia de Dios Northwest because they’re so happy to see what God has done in the Spanish-speaking ministry.

So, how does planting and leading a church compare to baseball? “Baseball players need to work very hard and follow instructions,” Sanchez explains. “You need to be in good condition to make it to the leagues. In ministry, you also need to follow instructions and be in very good spiritual condition. Thousands of people come to watch you play a baseball game, and the fans expect me to strike players out. As a preacher I need to depend on God to satisfy the needs of people who come to see. They know I am the preacher and I have something from God.”

This story is an example of Strategic Value One: Ignite! Revitalizing the Great Commission in the life of every individual, church, and agency (Matt 28:18–20).