By chogministries
Posted January 8, 2019
In All Church of God
From the Archives: Revisiting Dr. Martin Luther King Jr.2019-01-082019-01-08https://www.jesusisthesubject.org/wp-content/uploads/2016/07/ChogLogo-Light.svgChurch of God Ministrieshttps://www.jesusisthesubject.org/wp-content/uploads/2016/07/ChogLogo-Light.svg200px200px 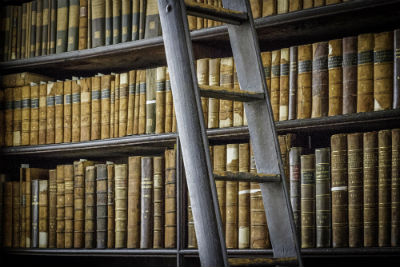 Recently, I read Harry S. Truman’s interesting book, Where the Buck Stops, edited by his daughter Margaret, and published posthumously in 1989. That is when I began to see Dr. Martin L. King Jr. as great.

Truman’s captivating book is a blend of American history and insightful biographical sketches of U.S. presidents, coupled with the refreshing Truman candor—bluntness—in evaluating the performance of each of the former presidents and the one who succeeded him, Dwight D. Eisenhower.

Truman divided his predecessors into three categories: Great, Good, and Some the Nation Could Have Done Without. He graded each accordingly. His “greats,” of course, included George Washington, Thomas Jefferson, and Abraham Lincoln.

Based on Truman’s toughminded measurement of greatness, I was forced to include Martin L. King Jr. as among the truly great leaders of our nation, on par with Washington, Jefferson, and Lincoln. A detailed comparison would prove illuminating but, in summary, one can say

Each of these leaders was human, of course. Each was flawed, each controversial. Nonetheless, each of them left an indelible mark on American history. We know that they were here. They were makers and shapers of history even beyond our nation. For example, who would have dreamed of hearing students in China and Eastern Europeans singing “We Shall Overcome” during their struggle for freedom and democracy in their respective countries. 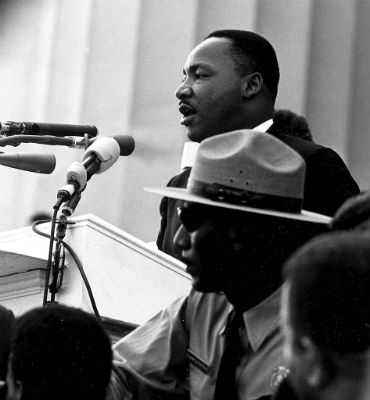 As we approach another Martin Luther King Jr. holiday, we can improve on the moral fiber of our nation by encouraging reflection on the life and work of Dr. King. Some suggestions for reflection follow:

1. King stood head and shoulders above his peers. His achievements are larger than life. President George Bush spoke of King’s life as “a metaphor for courage.”
2. Moral Vision. King obviously marched to the beat of a different drummer and became the conscience of the nation in matters of race relations.
3. Servant Leadership. King’s commitment to the poor and oppressed (he was martyred while championing the rights of garbage collectors in Memphis) placed him in the category of what Jesus Christ saw as true greatness: “He that would be great among you, let him be servant of all.”
4. Self-sacrifice. King states it best in an address on February 4, 1968, at Ebenezer Baptist Church, Atlanta. He said then:

5. Imprint on the Nation’s History. The annual holiday says much about King’s effect upon the nation. But beyond that, one can point to the nation’s current leadership and their public attitude toward racism and bigotry of all stripes. For example, never, before the King legacy, would we have heard a U. S. president speaking as George Bush did recently:

“When we hear of bombings, obscene phone calls, hate mail, each one of us must speak out. There is no place for this baggage of bigotry [and racism] in the United States of America” (New York Times, January 1990).

Dr. King’s books are still in print and are available at public and college libraries. Here is a list of his writings:

Films on Dr. King can also prove helpful in assessing his life and work. Those listed below are [readily available].

What revisiting King’s life and work says to me, I pray will say to all:

“Lives of great men all remind us we can make our lives sublime. And, departing, leave behind us footprints on the sands of time” (Henry Wadsworth Longfellow, “Psalm of Life”).

At the time of writing, Sethard Beverly was serving as director of metro-urban ministries for the Board of Church Extension and Home Missions of the Church of God. This article was originally published in the January 1995 issue of Vital Christianity. Republished by permission. Across the United States and around the world, God is on the move in the Church of God. Join the movement. Give life! Donate today at give.jesusisthesubject.org.