From Prison to the Pulpit of a Growing Multicultural Church

By chogministries
Posted March 31, 2016
In All Church of God, Great Lakes
From Prison to the Pulpit of a Growing Multicultural Church2016-03-312020-02-29https://www.jesusisthesubject.org/wp-content/uploads/2016/07/ChogLogo-Light.svgChurch of God Ministrieshttps://www.jesusisthesubject.org/wp-content/uploads/2016/07/ChogLogo-Light.svg200px200px 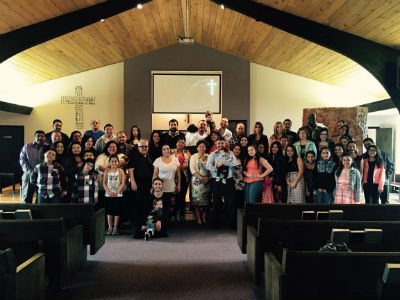 For a number of years, it appeared hell had laid claim to Manny Rivera’s life. But this man, created in the image of God, was reclaimed by Jesus Christ in 2006. Since then, God has increased the spiritual responsibility of this ex-con and former alcoholic. In addition to broken addictions and miraculous healings, the church he now pastors in Aurora, Illinois, has seen more than thirty people saved since Manny stepped up to the pulpit about a year-and-a-half ago. God is using this Church of God pastor in some incredible ways—ways that would have never come to pass had the bullet meant for his life actually taken it.

Manny and his wife were nourished in the faith through the ministries of Pastor Carlos Sanchez and Northwest Church of God in Chicago. Early on, Manny recalls that his wife Marcy was more tuned in to the transformative work of Christ than he was. In fact, he had a difficult time letting go of his hurts, habits, and hang-ups. Pastor Carlos called him out on it. “He said that if I continued in the way I was living that he would end up doing my funeral,” Manny explained. “I got really angry, very upset that message. But two weeks later I got shot. I almost lost my life. I came to the church with a sign on my arm—a bullet hole. It’s a miracle I still have my hand, that I’m even still alive. The doctor even told me that I’d be a cripple for the rest of my life. From that point on, I totally surrendered my life.”

But the doctor was wrong. After a decade of training and ministry experience alongside Carlos Sanchez, the Illinois Ministries state minister Eric Livingston contacted Manny about a new opportunity opening up in Aurora. Starting as interim pastors, Manny and Marcy offered what could have been temporary ministry services to First Church of God. Though Satan may have preferred that the struggling church close its doors, God had other plans.

“The community is 80 percent Hispanic, so they said, before you close the place down, why don’t you bring in a Hispanic pastor and see what happens,” Manny explains. “But my focus is not just on Hispanic people. Everybody needs Jesus.” 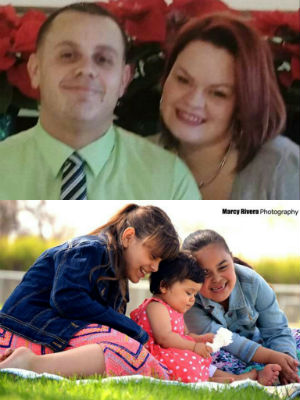 Photo: Manny and Marcy Rivera (top) and their children (bottom).

When Manny and Marcy arrived in Aurora, they hit the ground running. They went door to door, visited the schools, and familiarized themselves with all aspects of the community. God has done so much for Manny that he feels he simply cannot keep such good news to himself. His testimony has resonated with people from all walks of life and, as a result, people are finding the hope and life-changing power of Jesus. “Lately, I’ve been seeing people come in broken with addictions, really bad backgrounds of violence, marital problems, as well as atheists looking for answers. A couple people came straight out of prison looking for change, looking for a way out. Some had alcohol problems and were looking for deliverance. We have so many amazing stories of things God has done in the past year-and-a-half.”

One unique friendship has developed out of all of this growth and transformation. Pastor Manny’s “right-hand man”—as he now calls him—experienced healing from a dependency on depression pills, and is now a lay leader in the church. “He and I are from totally different backgrounds,” Manny explains. “He’s Caucasian, I’m Hispanic. He’s into camouflage and hunting. I never grew up with that kind of style. But we connected in such a way that it had to be God. We’ve now been out fishing, and are planning to go hunting, too!”

Aurora First Church of God has, on many levels, exhibited a true picture of the kingdom. Multiple cultures come together to worship God in Spanish and English each Sunday. On one Sunday, Pastor Manny will preach in Spanish and have a translator repeat what he says in English. The next Sunday, Pastor Manny will preach in English and someone will translate to Spanish. “Sure, there’s a language barrier, but nothing is impossible with God,” Manny exclaims. 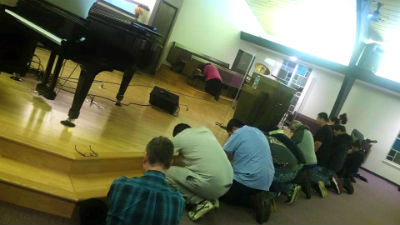 It would be a serious omission to ignore what has been absolutely foundational to the revival that First Church of God is experiencing—prayer. While prayer meetings may be a relic of the past for some, they’re part of First Church’s lifeblood. Congregants come together, get down on their knees, and cry out to the Lord for personal needs, their families, and for their community. They plead with God on behalf of those affected by prostitution, drugs, and homelessness. They pray for the lost. And God has been responding. “The Lord is here, and we can’t limit him,” Manny explains. “He’s such a great God, and nothing is impossible for him. In spite of our growth, I tell people not to get comfortable with ourselves. There are still people out there needing Jesus.”