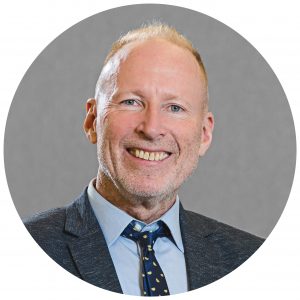 The National Association of the Church of God is an important part of our larger Church of God family, itself a voluntary association of several hundred churches with rich legacies in the African-American community. The National Association (often abbreviated as NACOG) has a long history of ministry, hosting conventions and conferences, providing resources, and serving in many other ways its family of churches, while, at the same time, seeing itself as a part of the larger Church of God family under the umbrella of the General Assembly.

NACOG is now in the midst of a robust discussion about its future trajectory and relationship to the General Assembly. The prompt for this conversation has been a proposal made by one of its pastors (many months ago), but the frame of the conversation is long-standing. Events over the last two years on the American stage have once again surfaced difficult and vexing questions, tensions, and challenges for many African Americans writ large; these are reflected in our Church of God African-American family, as well.

NACOG is hosting a Zoom conversation for all its members tomorrow (Saturday, 13 November) to explore the proposals and other ideas. This is a meeting for NACOG members only. The meeting is not imagined to be one of decision, but to be one for discussion and understanding. It is one of a series of steps NACOG’s leadership has planned over the course of this year and next.

Many who are not a part of NACOG but also share a love for the General Assembly of the Church of God coast-to-coast, north-to-south, have wondered what role they might play in NACOG’s soul-searching, Holy Spirit-seeking, Jesus-honoring quest just now. Some have asked me where my voice is just now.

I work closely with our General Assembly chair, Tim Clarke. As most know, he is a trusted brother in Christ, a dynamic Church of God pastor and shepherd (for over thirty years in Columbus, Ohio), and an African American. He and I have both agreed to speak to the whole Church of God next week, addressing what is taking place in NACOG, so that all within the General Assembly can best stand alongside.

NACOG is walking through a prayerful process, talking about its future and the Lord’s calling. It is a process determined by NACOG’s leadership, Christian brothers and sisters all of us have long trusted and loved. It is a process designed by NACOG, for NACOG, to consider ideas about NACOG’s future. For those of us who love NACOG, who have often been welcomed and loved by NACOG in return, but are not actually a part of NACOG’s roster, I invite you to stand by and pray with me for the Lord’s favor and wisdom for all those who have a voice in the dialogue.

Ours is not a hierarchical system; there is no Church of God pyramid of power. We are a people who have always prized the agency of the Holy Spirit to guide and direct our steps in community. Pray for the wonderful community that is NACOG and that this same Holy Spirit will inform, protect, and inspire it as it wrestles with important questions.

Those making the proposals now on NACOG’s table have not brought them forward to the General Assembly of the Church of God in the United States and Canada or its offices at Church of God Ministries. They have been placed on the NACOG table alone.

We respect NACOG and its need, especially in these days, to set its own course. We love and pray alongside, as its process unfolds. NACOG’s leadership has called for no decisions to be taken until next year, when its annual Mid-Year Conference convenes.

The General Assembly’s Ministries Council met in September and listened carefully to NACOG voices who shared its process, unpacking some of the ideas proposed. Of the Council’s twenty-four voting members, nine are members of NACOG, three are a part of the Concilio Hispano, and one speaks for the American Indian Council. Thirteen of twenty-four, then, are brothers and sisters who help guide the Movement, speaking with experience in dynamic minority communities. Our Church of God family is one, but not uniform. It pursues a heavenly vision, not yet altogether realized, of holiness and unity, of Jesus. 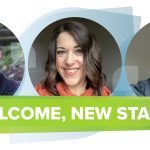