From Hinduism to Christ: Another Grace-in-Guyana Story

By chogministries
Posted August 25, 2016
In All Church of God
From Hinduism to Christ: Another Grace-in-Guyana Story2016-08-252020-02-29https://www.jesusisthesubject.org/wp-content/uploads/2016/07/ChogLogo-Light.svgChurch of God Ministrieshttps://www.jesusisthesubject.org/wp-content/uploads/2016/07/ChogLogo-Light.svg200px200px 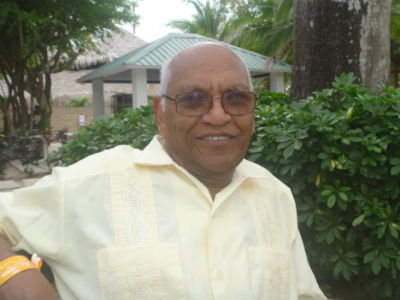 If you’ve attended any of the Church of God Regional Conventions this year, you’ve heard the gripping account of unfettered grace offered to a young boy in Guyana who ultimately became the founding co-pastor of New Covenant Church in Philadelphia, Pennsylvania. But Milton Grannum’s isn’t the only grace-in-Guyana story. The story of Dindial “Daniel” Pooran is another testimony to the transformation that can take place when believers invite, and invest in, others. Because of one invitation to church, and the investment that followed, this young man traded Hinduism for Christ.

Daniel Pooran was raised by staunchly Hindu parents in Guyana at a time when it was known as British Guiana. With that kind of upbringing, it was necessary for someone outside of the home to share the Good News of Jesus Christ. Thankfully, Daniel had a cousin, Charles Darsan, who, on one pivotal day, accompanied by a man named Sawak Sarju, came to visit. As the visit concluded, the two invited Daniel to an evening church service they were about to attend. Daniel declined, instead choosing to go to the movie theater. “After that afternoon,” Daniel remembers, “I kept thinking about those two boys and the difference in their way of life over mine. They were friendly. They were apparently happy and content with their work as bakers. I wanted to be like them.”

So Daniel reluctantly gave in. For about a month, he would attend the worship portion of the service, but slip off to the cinema before the altar call. Over time the Holy Spirit wore him down, however, and he could no longer resist the wooing of a Savior. After accepting Christ one night with the praying hands of Darsan and Sarju, Daniel would then be baptized by longtime Church of God missionary Don Johnson—a prominent man of faith who also planted seeds of the gospel in Milton Grannum. The missionaries in Georgetown at the time, largely responsible for Daniel’s spiritual growth and acceptance of the divine call to ministry, were Herman and Lavera Smith. Daniel could not be more thankful for the investment of these and many others in his life. 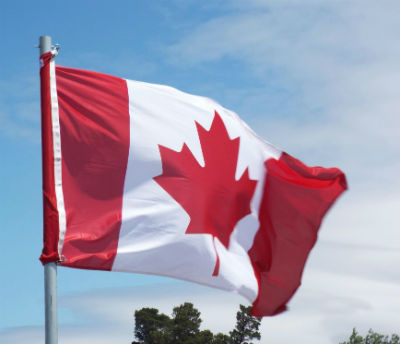 For many Americans, it can be difficult to imagine the variety of economic and cultural struggles missionaries and ministers of the gospel in other countries face. After graduation from the then West Indies Bible Institute, Daniel married and accepted his first pastorates in Rio Claro and Phool. Salaries for pastors was very low, but the love of God through the congregation blessed the minister and his wife with eggs, rice, and produce. Ultimately, while raising a daughter and trying to balance life and work, God blessed his family with the chance to move to Canada. Due to logistics, including finances and travel restrictions, Daniel had to go first. Six painful months apart finally concluded with a blessed reunion—and a growing family.

But ministry in Canada was not a walk-in-the-park, either. As the Church of God gears up to discuss race and reconciliation at the CHOG Table on September 29 at Milton Grannum’s home church in Philadelphia, we are inspired by those like Daniel Pooran who persevered through racism. Especially during his early days in Canada, there were multiple occasions where Daniel’s ethnicity translated to missed ministry opportunities. There were occasions where he and his family sat alone in the crowd, isolated by cultural differences. Even after applying for jobs in education, racism reared its ugly head and prevented him from getting the breaks he truly deserved. As a result, the family put in many years of work in the factory.

“To some extent, some form of racism existed even in Trinidad and Guyana,” Daniel recalls. Thankfully, things are changing for the better, and unity has begun to triumph over racial division. “Today things have changed a lot, and for the better,” Daniel explains. “My two children are now married to white Canadians!”

Whether in the pulpit, or in a factory, Daniel Pooran found he could serve God where he was planted. Ministry life did not turn out as he had expected, but he chose to embrace the opportunities to minister in the field—reflecting the love of the One who had called him out of Hinduism so many years earlier. Each experience, both good and bad, helped to shape him into the man he is today.

“Throughout the years we had our ups and downs,” he concludes, “but through those difficulties, we could not dispute the love of God or doubt his Word. God is great!”

How should the Church of God speak into the issues of race and reconciliation in today’s culture? How do we engage the culture in a way that is both truthful and life-giving? Join us for the CHOG Table, Thursday, September 29 at New Covenant Church in Philadelphia, Pennsylvania. Learn more at www.chogtable.org.