From 30 Times Behind Bars to 30 Years in the Pulpit

By chogministries
Posted December 12, 2017
In All Church of God, Great Lakes
From 30 Times Behind Bars to 30 Years in the Pulpit2017-12-122017-12-12https://www.jesusisthesubject.org/wp-content/uploads/2016/07/ChogLogo-Light.svgChurch of God Ministrieshttps://www.jesusisthesubject.org/wp-content/uploads/2016/07/ChogLogo-Light.svg200px200px 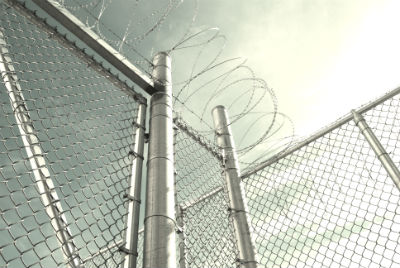 He was barely a teen when he was arrested the first time. Between the ages of thirteen and twenty-five, Paul McCulley was put behind bars a total of thirty times. Charges ranged from truancy to assault, and he was also court martialed three times. His shackles—both seen and unseen—would soon fall off after Jesus Christ changed his life, however. Not only did Paul McCulley become a Christian, but he also entered full-time ministry. Until he retired in 2014, he served the Lord as a senior pastor for thirty years. But he never really retired. Paul McCulley’s gripping testimony is too good to put on the shelf, there are too many people that still need to hear it. Today Paul continues a dynamic ministry program to the incarcerated and their families, turning what the devil meant for bad into something very, very good.

The contrast between Paul’s life before Christ and after Christ is stark. Alcohol and other pitfalls threatened to destroy his life, and certainly the forces of hell stole much. But, by the grace of God, Paul reclaimed and redeemed what hell had stolen. Beyond vocational ministry, Paul has served as a trustee on the National Drug Task Force, on the Clermont County (Ohio) Corrections Board, in the Clermont County Family and Children First Cabinet, and is the founder of a motivational seminar for at-risk youth and low-income or incarcerated individuals called Starting Point. His story of redemption and transformation has been broadcast across the globe in thirty-nine languages, as several well-known government officials have picked up on it, as well. The complete story is now bound in a book titled Sinner Man. Chronicling the struggle and the triumph through Christ, his story teaches others that they, too, can be set free. 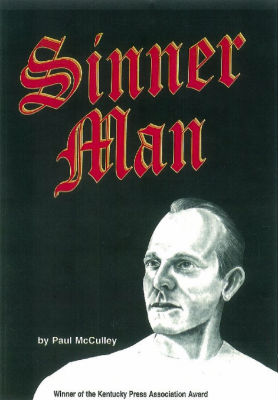 It was clear from the beginning of Paul’s walk with Christ that jail ministry would be a focus. Every time he visits a jail, he begins by sharing his own experience with incarceration. Time and time again, this captures the attention of his listeners, who recognize that this isn’t just an ordinary motivational speaker. “I then give the participants a brochure that I developed that covers goal-setting, confidence, commitment, and attitude, with scriptures provided for each chapter,” he explains. “The program is interactive and the participants make notes, which they keep.”

Starting Point participants are asked to complete a simple “needs assessment” to help them discover where they are in life, what needs to change, and how they’ll get there. Included in this process is a question that asks them to identify their faith background. “I believe the greatest need for the incarcerates is spiritual,” Paul explains. “I share this form with local faith organizations who share it with local ministers [to help foster] faith background connections.”

Paul’s story connects especially well with juveniles. “My emphasis with them is how many years I wasted and how they have the opportunity now to not make the same mistakes I made. Again, they’re fully engaged after they hear my story!”

Ministry to prisoners is incomplete without consideration of their families at home. With this in mind, Paul has shared his resources with agencies and organizations that work directly with children of prisoners. “I have a burden for these children because I have presented my program in jails and have seen fathers sentenced to years in prison, leaving children to be raised in single-family homes, usually with very little community support. Lack of community support contributes to bad grades, truancy, delinquency, and following in dad’s [harmful] footsteps.”

The first Bible verse Starting Point participants see when they open up the curriculum is John 10:10—“The thief’s purpose is to steal and kill and destroy. My purpose is to give you a rich and satisfying life” (NLT). Paul McCulley’s chief aim is to give the life that only Jesus offers to those whose have yet begun to truly live. So, yes, this Church of God minister did retire in 2014. But he didn’t really retire. “I feel that God has uniquely equipped me to minister to the incarcerated since he protected me through my troubled, rebellious years, and turned my life around.”