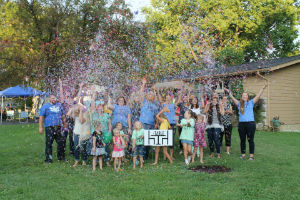 “We will just have to start praying for God to give us a building.” These are the words that pastor’s wife, Amanda Simmonds, spoke to The Table’s leadership team in July 2014 before moving to St. Charles, Missouri on their church planting journey. And so they began to pray. One year later, they never expected that the facility God would provide would come with a group of amazing people who desire to leave a lasting legacy for the kingdom.

Lead pastor Jon Simmonds awoke in early 2014 with Ephesians 3:20 on his heart, and a calling to plant a church founded on authentic community. August 2015 overflowed with celebration for The Table Church. Only twelve months after that initial team meeting, thirty-five “Table Gatherers” joined together to mark the church’s first birthday. Balloons and confetti were the theme as this group of friends spent the evening reflecting on God’s faithfulness. But while celebrating the past, they looked with anticipation toward the future. 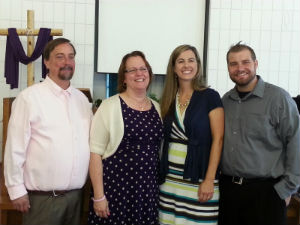 The Table’s vision is to create communities that expand the kingdom through radical compassion. This community has been established by Saturday night gatherings at the Simmonds’ home, where stories and meals are shared, authentic worship is offered, and engaging lessons are taught. Recently, the faithful members of First Church of God of Saint Peters, Missouri, voted to join The Table in this God-given vision.

Pastor Rory Romine shares, “As my wife Robin and I were praying for direction regarding our continued leadership at First Church-Saint Peters, we felt led to approach Jon and his wife Amanda to see if they were open to working together. Mutually we began to envision the potential. From that came the vision of the two congregations coming together as one. We believed the possibilities of what God would do were extraordinary!”

The congregation of First Church-Saint Peters was in a situation similar to many churches across the country. The average age of the congregation was increasing, while the average number of attendees was decreasing. But God had a new future in store for these committed followers. Though this decision required a huge leap of faith and selfless sacrifice by the current members, it is an honor to the legacy of this church. 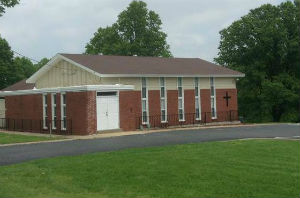 Pastor Jon shares some initial plans: “Over the next eight to twelve months, we
will be remodeling and updating the St. Peters’ facility and property. We hope to work with volunteers and donations so the facility can become a foothold for The Table to plant deeper roots in the community. We are intending to pay for this project with cash, not loans. During the remodel process, we will continue to meet weekly in our home.”

Due to the added numbers, The Table will launch a second small group to gather on Sunday mornings. In addition, “United Gatherings” will be implemented monthly in a rented space to create an opportunity for the large group to worship together.

“We are really excited about this opportunity. I believe that God has worked mightily on behalf of The Table and the community here in St. Charles County. What a great way to get our one-year celebration started!” says Jon Simmonds.