By chogministries
Posted November 3, 2014
In All Church of God
Francis Chan to Speak at CHOG Convention 20152014-11-032014-11-03https://www.jesusisthesubject.org/wp-content/uploads/2016/07/ChogLogo-Light.svgChurch of God Ministrieshttps://www.jesusisthesubject.org/wp-content/uploads/2016/07/ChogLogo-Light.svg200px200px 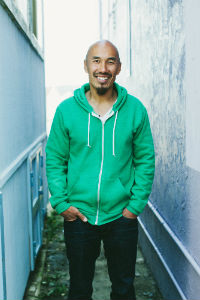 Best known for his bestselling books Crazy Love and Forgotten God, Francis Chan is a proven leader in the church today, evidenced both in his ability to communicate truth to the current generation, and by his life of courage and integrity. As the founding pastor of Cornerstone Church in Simi Valley, California, he has gone on to author several books, produce a variety of teaching videos and resources, start a Bible college, and support missions efforts at home and abroad. Well-known in the Church of God, Chan will be one of several featured speakers at Church of God Convention 2015, June 22–25, at Crossings Community Church in Oklahoma City.

Francis Chan is the first of the speakers to be named for CHOG Convention 2015. Steve Rennick, senior pastor of the Church at the Crossing (Indianapolis), has also been added to the list of convention speakers. More names will be released in the coming weeks, and registration will soon be available. Until then, however, Church of God ministers and laypeople are urged to plan now to be there.

Those who assembled in the auditorium at Crossings Community Church this past June know just how incredibly the Holy Spirit moved at CHOG Convention 2014. Feedback was overwhelmingly positive, as convention-goers affirmed the format, venue, energetic worship, relevant teaching, and clear focus. From the scheduling change to better accommodate the needs of pastors (Monday through Thursday), to the abbreviated, yet intentional General Assembly meeting, it was clear that a new day had begun in the Church of God.

This new day has only begun to unfold. Churches that have not been involved in the collective work of the movement have coalesced around the new direction and emphasis on changing the world. Pastors from across the country have been re-energized and re-inspired to carry out the tangible work of the gospel in their own congregations and communities. Your voice, your God-given talent, and your church are a vital part of this new direction. That’s why ministers and laypeople from Washington state to Florida are depending on you to make CHOG Convention 2015 a priority. You’ll discover what thousands of Church of God people already know firsthand: while many things have changed, the love of God that has always manifested itself through his people is overflowing into an ocean of cultural transformation.

Will you be a part of it? Check www.chognews.org and www.chogconvention.org for the latest updates on Church of God Convention 2015.