When their women’s Bible study group struggled to find studies that aligned with Church of God theology, the director of discipleship at the time approached Crystal Colp about writing one. God had been prompting the stay-at-home mom toward the same idea. Crystal pulled together an intergenerational group of women to work together on a book study. Crystal, Jacki Kachner, Erin Lehmann, and Alice Park started meeting, studying, and praying through their material. Each of the women brought different life experiences and spiritual perspective to the process. 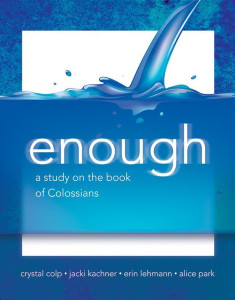 They had completed two studies, one on Colossians and one on Philippians, when they started to wonder if they were supposed to do more. Crystal says, “I had felt like more people could benefit from this study than just our church.” So, the women started praying about sending their material to Warner Press for possible publication. “God did something in our hearts and lives through the study and the writing,” she continues. “We wanted to share that with as many people as possible. This work wasn’t just for us.”

Warner Press published the Colossians study, titled Enough, as well as a study of John’s letters, titled Eyewitness in 2015. The Philippians study, A Love Letter from Prison, was reformatted and updated to match the other two and later released by Warner Press, as well. 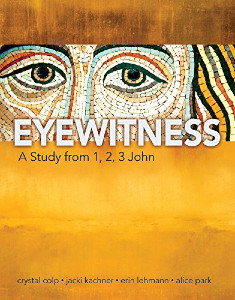 Rev. Colp, now the pastor of adult discipleship at First Church of God in St. Joseph, Michigan, released another Bible study in 2020, this time with her husband, Rev. David Colp, lead pastor at First Church. The study of the book of Psalms grew out of a difficult season in the life of their congregation. 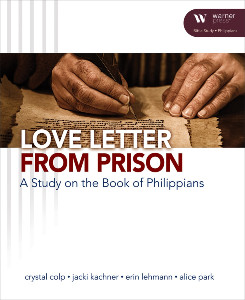 David had been planning a sermon series out of Psalms that felt timely in light of the struggles. The church was at a crossroads. God was calling the congregation to confess and repent. “We needed to take a good look at our souls. We could not get caught up in wallowing over our hurts. We needed to go toe-to-toe with the Lord and let him clean us out,” Crystal says now. Stepping into lament, and submitting to the Lord’s examination through the sermon series on Psalms, led to revival in the congregation. On the Sunday when the situation was first laid out for the congregation, six people prayed to receive Christ. And, in the weeks that followed, the impact continued to grow. 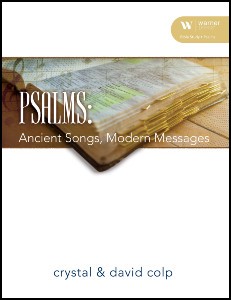 The Colps then used that sermon series and the movement of the Lord in their congregation to develop the new study, Psalms: Ancient Songs, Modern Messages.

Crystal says she writes the studies to help people build relationships with Christ. “For too long, people have thought the study of God’s Word was ‘scary.’ They don’t feel equipped. But the Bible is a gift—a tool. And it’s so applicable to our everyday lives,” says Rev. Colp. “We don’t study the Bible for knowledge, but for life transformation. Bible study doesn’t replace our relationship with God, but it’s a tool to enhance that relationship.” In addition to her writing and her pastoral role, Crystal Colp is also an instructor for LifeGivers, as well as a podcaster on The Making Room Podcast.

Jaymie Dieterle is a freelance writer with a passion for books, reading, and life-long learning. Jaymie has written Adult Sunday School curriculum and a Bible study for Warner Press/Warner Christian Resources. Jaymie and her family live in Anderson, Indiana, and they are actively involved at Madison Park Church of God. 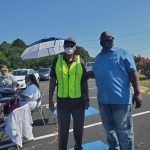 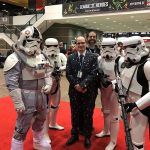 Spreading the Gospel One Game at a TimeAll Church of God, CHOG, Western