Steve Southards is just one example of the power of God at work through Leadership Summit. Every other year, when the International Youth Convention is not taking place, students ready to take their Christ-centered leadership to the next level gather at one of the four Church of God schools for a few days of leadership development, training, and empowerment. In 2003, Steve’s Leadership Summit experience proved life-changing on several fronts. Not only does Steve now serve as lead pastor of the thriving Salem Church of God in Clayton, Ohio, but he’s also making a return to Leadership Summit, July 19–22 at Anderson University in Anderson, Indiana. This time, instead of a college student recruiter, he’s one of the speakers.

Steve Southards first felt a call to ministry in 1999 at Camp Sharon, a Church of God campground in Missouri. At the time, he was attending as a counselor for third and fourth graders but, as it turned out, God wasn’t speaking only to the kids. Earlier that spring, Steve had attended a leadership retreat in St. Louis where Andy Stephenson, now IYC director, was the speaker. “God used Andy to speak words of life into me that spring by basically saying, ‘I see something in your life that can be used by God in a significant way.’”

As Steve recounts, the nudging by the Spirit continued. Later that summer, Dors Wilson, another counselor, asked Steve point-blank, “Have you ever thought about being a pastor?” Steve remembered what Andy had said a few months earlier and committed to praying about it. After two days, the camp director brought the subject back to ministry calling, and Steve Southards knew what God wanted him to do. 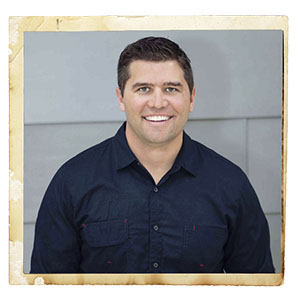 Not only did Leadership Summit 2003 provide incredible opportunity for growth, but it also led Steve Southards to his future wife! “We were both recruiting for our colleges (I was recruiting for AU and she was recruiting for Warner U.),” he recalls. “Not sure we recruited anyone else, but we recruited each other!” As a young leader, and even as a college recruiter, Steve still remembers hearing Harvey Carey talk about the intersection of his ministry and marriage. Such wisdom shaped Steve’s thoughts and perspective as a young leader.

Coming back to Leadership Summit this year at Anderson University is a great privilege for Steve. “Anytime I have the opportunity to invest in young leaders in a way that others have invested in me, it is an honor,” Steve explains. “What is so special about the Summit is my wife and kids will be able to join me and, to think—we met at the Summit fourteen years ago. It’s like coming full circle for me. Part of my passion is to help awaken people to the potential God has placed inside of them. The Summit is one of the gatherings with the sole focus of leadership development and the future of the Church of God is strengthened.”

Leadership Summit continues to be one of the bright spots in our movement today. It is an area where everyone can rejoice, knowing that the baton of Christ-centered leadership is being passed to faithful young men and women. “The Leadership Summit is a few days dedicated to helping young leaders grow in their influence,” Steve explains. “It’s exciting to me to think about the future ministries, churches, and kingdom-expanding endeavors that are going to be created and strengthened as a result of young leaders gathering together this July in Anderson, Indiana.”

Please pray for, and thank God for, the leaders and students attending Leadership Summit 2017. Thank you! 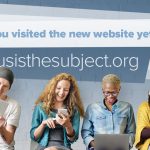 Jesus is the Subject Gets a New Look!Church of God 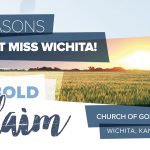