Former School of Theology Dean: Never Give Up!

By chogministries
Posted October 9, 2018
In All Church of God, Colleges & Universities
Former School of Theology Dean: Never Give Up!2018-10-092018-10-09https://www.jesusisthesubject.org/wp-content/uploads/2016/07/ChogLogo-Light.svgChurch of God Ministrieshttps://www.jesusisthesubject.org/wp-content/uploads/2016/07/ChogLogo-Light.svg200px200px 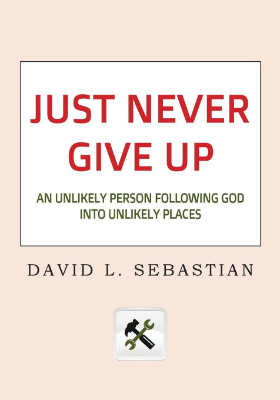 Dr. David L. Sebastian, former dean of the AU School of Theology and Christian Ministry, has published his ministry memoirs in a book titled Just Never Give Up. Sebastian answered God’s call to ministry while he was an auto mechanic in Middletown, Ohio, so the book is appropriately subtitled, “An Unlikely Person Following God into Unlikely Places.”

David had no professional ministry experience and limited education when he felt God drawing him into pastoral work. In fact, two colleges (including Anderson) refused to admit him because his high-school grades had been so poor. Yet he pressed on. He earned not only an undergraduate degree, but also a doctorate. After serving congregations in Indiana, Arizona, and Ohio, he was chosen as dean of the School of Theology in 1995. Sebastian retired in 2014 after the longest tenure as seminary dean.

“Along the way, I have learned that regardless of our age or stage in life, we must never give up following God,” he writes. 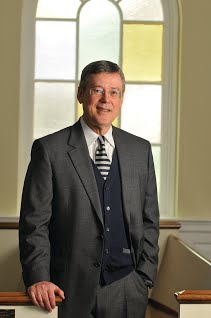 Just Never Give Up candidly reports that, at times, he felt overwhelmed by the responsibilities of ministry and frustrated by relationships conflicts. As a newcomer to academia, he found that some faculty members held him at arm’s length. Yet he learned to overcome this, as well, and led the institution into a period of healthy growth.

“Anderson University School of Theology exists because people invested time, talent, and treasure in the ministry of graduate theological education,” he writes. “The Church of God has not always valued theologically prepared leaders, but we have benefited from women and men who have thought deeply about what we have received from God and are committed to pass on those treasures to future generations.”

An epilogue reflects on changes Dr. Sebastian has seen in the church over the past forty years. He recently served as interim pastor for Church at the Crossing in Indianapolis, where he was an associate minister as a student. He notes several contrasts between the church then and now, which reflect trends he has seen in other congregations across America.

“In my lifetime, the church has experienced the blessing of change,” Dr. Sebastian says. “It has also suffered because of change. When I had the opportunity to return to the congregation where I began my ministry, I observed that people were still experiencing significant change, yet they were still committed to Christ and the church.”

Jim Lyon, general director of Church of God Ministries, offers his endorsement of Sebastian’s book, as well: “Everybody has a story, and every story is hinged on the choices we make. Just Never Give Up is a story of achievement, blessing, and promise, still unfolding, made possible by a sure-footed commitment to follow through every time, never running away…It is a story that calls the better out of all of us.”

Just Never Give Up is available in paperback and hardcover at most bookstores and online book retailers.