Former Inmate Empowers Others through Education

By chogministries
Posted October 11, 2018
In All Church of God, Colleges & Universities
Former Inmate Empowers Others through Education2018-10-112018-10-11https://www.jesusisthesubject.org/wp-content/uploads/2016/07/ChogLogo-Light.svgChurch of God Ministrieshttps://www.jesusisthesubject.org/wp-content/uploads/2016/07/ChogLogo-Light.svg200px200px 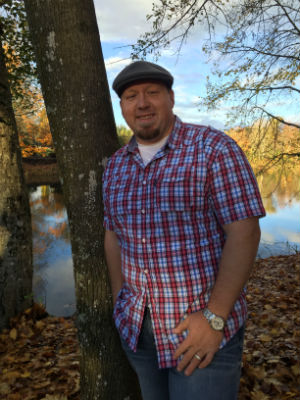 Joel Whiteside’s first stint in prison lasted twenty-eight months when he was just seventeen. After release, Joel struggled to make good decisions and soon his life was spiraling out of control. A three-year sentence in 2008 was a turning point. He realized that it was time to change the trajectory of his life. Joel’s personal story of transformation fuels his nonprofit organization, Been There, Done That, which supports those who are re-entering society in Cowlitz County, Washington, after incarceration.

Joel Whiteside chose to attend Warner Pacific University because it offered a one-night-a-week degree option that fit his schedule. In addition to his full-time work, he wanted to be present for his family and continue to volunteer to serve others who struggled with addiction and were adjusting after incarceration.

Early on in his associate’s program, Joel decided to be honest about his past struggles. While this authenticity put him in a vulnerable position, Joel quickly saw that his cohort and instructor did not judge him for his past, but instead helped him understand how he could learn from those experiences and impact the lives of others by sharing his story. “That’s when I realized just how diverse the population of students at Warner Pacific really is,” says Whiteside. “I recognized that many other students had struggled in one way or another. Overcoming these struggles has given us the life experiences that we can share with each other to help grow as students, parents, employees, and members of our communities. Those experiences are priceless.”

Been There, Done That

During this time, Joel became very involved in the Cowlitz County recovery community. He saw first-hand how many people were just like him, trapped in cycles of addiction and incarceration, needing a strong system of support. That is when Been There, Done That began to take shape. In the fall of 2013, Joel, with the help of his friends and family, assembled a board of directors to form Been There, Done That. The organization’s mission is clear:

Been There, Done That provides mentorship and support to individuals who struggle with addiction, criminal behavior, and finding sustained stability in society. We do this by creating a social, economic, and cultural transformation from their old ways of living; working toward long-term sustainability in society through an active change in their ideas, thinking, and actions.

Been There, Done That will bring hope to the hopeless, help the helpless, and guide the unguided.

In December of 2014, Joel earned his associate of arts in organizational dynamics from Warner Pacific University with a 4.0 GPA. He knew that to strengthen his organization and serve people well, he needed to continue his education and enrolled again at WPU. Joel chose to pursue a bachelor of science in human development and graduated in September 2016.

“Being a student at Warner Pacific opened many doors for me,” explains Joel. “For example, a number of my instructors are involved in the nonprofit world and I’ve been able to bounce ideas off of them that will help Been There, Done That grow as an organization. They have encouraged me and reassured me I am on the right track. Their spiritual guidance reminds me that, God willing, the organization will become an asset in my community that will help a lot of people who are struggling to re-integrate back into society. My success shows the individuals that Been There, Done That serves that they can have a future after incarceration; if I can overcome obstacles, enroll in college, and graduate, then so can they.”

Under Joel’s leadership, Been There, Done That continues to thrive. The organization offers mentorship in the college enrollment process; connection to vocational training and apprentice programs; and support in establishing or re-establishing relationships with children and families. They also assist with practical needs such as transportation and housing. Since its founding in 2013, Been There, Done That has positively impacted more than 150 individuals during their transition back into the community, and provided insight and support to countless family members who are struggling while their loved ones are incarcerated. Joel Whiteside also continues to grow and flourish, pursuing a master’s degree in professional counseling.

Learn more about Warner Pacific University, our Church of God school on the West Coast (Portland, Oregon), at www.warnerpacific.edu.