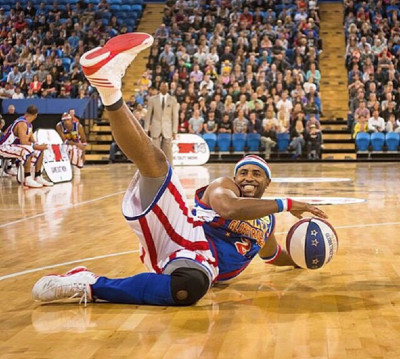 Derick “Dizzy” Grant as a Globetrotter.

At the age of seven, his parents took him and his brother to see the Harlem Globetrotters. Little did they know the impact that experience, coupled with a brand-new mini-basketball, would have on Derick Grant’s life. The New Jersey boy’s passion for the game had been ignited, and several years later the “All-American” athlete would secure his college’s number-two spot for all-time-high scoring. Expectations were dashed more than a few times, however, and he ended up on a team that regularly played against, and lost to, the Harlem Globetrotters. Things turned around when, after a year, the Globetrotters recruited Derick, launching an incredible eight-year journey and building a platform that God would later use in ways Derick could have never imagined. His testimony and knack for delivery on and off the court position him perfectly to address the Church of God at all three Regional Conventions this year.

Though his playing career is over, the story of Derick Grant is far from finished. Today, through Derick Grant Basketball, he thrives in an environment where the love of Jesus fuels his training and mentoring of basketball players—elementary age through professional-level (NBA). But divine purpose wasn’t always at the core of Derick’s life, as the churchgoer since childhood long held more of a weekly relationship with religion than a daily walk with Christ.

“Both of my parents are retired and serve full-time at their church in North Carolina,” Derick explains, “so church was a huge part of my life. But it wasn’t until age thirty-two that I got to know Jesus for myself.” 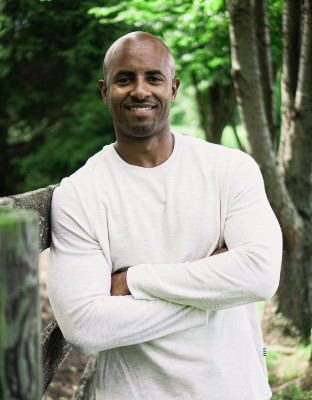 A video testimony tells more of Derick’s spiritual journey, but the heart of the matter is that, as he puts it, “God was with [him] the whole time.”

Derick, known as “Dizzy,” due to the effect his dribbling skills had on his defenders, has found basketball to be a tremendous way to glorify God and minister to others. As he teaches the fundamentals of basketball, he can’t help but notice the parallels to, and application for, the day-to-day.

“Basketball has taught me to be accountable and have the ability to adapt,” Derick reflects. “There are times in a game when things may not be going the way you had planned, and you have to figure out a way to make the game plan work. Life is the same. There are times when life takes an unexpected turn, but you can go to the ‘Basic Instructions Before Leaving Earth’ manual to give you the guidance to keep you on track. One thing I love about basketball is that it has taught me accountability; there are consequences for negative actions, such a bad pass leading to a turnover. On the flip side, if you do the right thing, work hard, and play the right way, you will see it in your performance. I always try to work hard in life, do the right thing, and live in a way that makes God proud, and I can then see God’s blessings in everyday life.”

Derick’s wife Carly and two children, Hudson (seven) and Ruby (five), call Indiana home today, and the Church of God has had a powerful influence on the family. In fact, it kind of sealed the deal for the happy couple not long after Derick relocated to Indiana and started attending Madison Park Church of God. 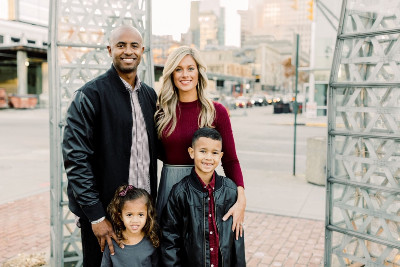 Derick and Carly Grant with children Ruby and Hudson.

“Jim Lyon was the officiant of our wedding in 2011, so he has a special place in our family’s hearts,” Derick explains. “Now that my wife is his executive assistant, we couldn’t be more thankful to be around such a godly influence like him.”

Derick is slated to bring his A-game to each of the three Regional Conventions this year. Not only is he scheduled to deliver a morning devotion, but he’s also on the docket to host the presentation of the groundbreaking film, Emanuel—more on this is the coming weeks (see www.chogconvention.org for more information).

“I’m so excited to be a part of the Regional Convention because I love to see people from all different walks of life come together to better the kingdom,” he reflects. “I have seen the movie Emanuel already, and I’m looking forward to see how it will transform some lives. I pray that God may use me as a vessel to help move people’s hearts to want to do more for God’s kingdom and be servants of his will.”