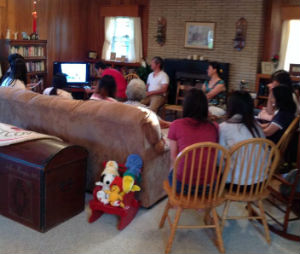 You may be able to take the missionary out of the country she served for twenty-two years, but you can’t take the missionary out of her. Though God had called Zonia Mitchell off the field after faithfully investing more than two decades of her life in Japan, he had not called her out of missions. Zonia and her sister Keri now minister together to Asians in their West Monroe, Louisiana, home.

In the late 1980s, while the country was accepting an especially high number of international students, Zonia and Keri found themselves busy teaching English as a second language while at graduate school. Relationships were formed, especially with several students from China. Keri and her late parents, Rev. Dennis and Etta Mae Mitchell, worked hard to ensure that these Chinese students felt loved and cared for. Time and time again, several of the Chinese students were invited to the Mitchell home for meals, and ultimately a Sunday school was started—all before God took Zonia and Keri in new ministry directions. It may have seemed for a while that the story had ended, but it had only begun to unfold. 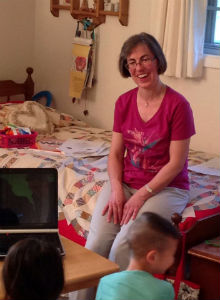 In 2000, Keri moved back to Louisiana and felt the urge of the Holy Spirit to reacquaint with the Asian community. While shopping in Walmart one day, Keri encountered a Chinese woman who, as Keri learned, attended the local Chinese mission. Stemming from this single encounter, the Mitchells were blessed to renew their relationships with the Asian community in the Monroe area and praise God for the seeds that were planted years earlier.

In the years that followed, Keri and her family became heavily involved in a weekly Bible study that the Chinese were holding at the college. Though held on campus, the study attracted many Chinese who had established roots in the community. By 2011, Zonia had returned from Japan and immediately plugged into the at-home ministry. Then in 2013, one of the American husbands asked the Mitchells if they knew of a place where their church could meet. The fellowship, a Baptist mission, had recently lost their pastor and was seeking a location to meet, but not a traditional church building. So the Mitchells offered their house, assuring these Chinese believers that the Church of God welcomes the fellowship of all followers of Christ. 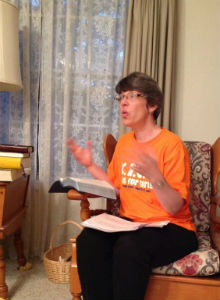 Lately the Mitchells witness more than two dozen Chinese believers cramming into their living room and other rooms on most Saturdays. The Asian believers—now also including Korean, Taiwanese, Japanese, and more—sing hymns and worship songs—familiar to you and me, but expressed in the Chinese language. The adults dig into God’s Word, while Keri teaches the children down the hall. In the computer room, Zonia now leads the English Bible study. Everyone comes together for fellowship and food in the kitchen and dining area. Zonia and Keri don’t function as pastors of the church, but they do carry on the legacy of their mother through the gift of hospitality. “This makes it possible for them to have a church,” Keri and Zonia explain. 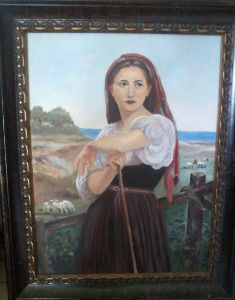 Apparently that hospitality has left an indelible mark on the Asian believers. In honor and respect for Etta Mae, one church member painted a beautiful depiction of Etta Mae as a shepherd. During her life, and after her passing, Etta Mae’s ministry was the object of much tribute. Even while Etta Mae was struggling with cancer in 2014, one girl named Christine brought a necklace to her that quoted 2 Timothy 1:7: “For God has not given us a spirit of fear, but of power and of love and of a sound mind” (NKJV). This scripture comforted Etta Mae as she faced pain and difficulty breathing. In a divine set of circumstances, a nurse had just prayed this verse over Etta Mae’s life the previous night. The verse gave her hope and strength in her final days on earth.

“The dynamic is that the Holy Spirit is moving this, so we prepare, but we are alert all the time because you never know what will happen,” Zonia explains. “For example, one man who had a stroke had to quit his job, so the whole church has come together and isn’t just praying, but is working to figure out resources and get him connected with the services he needs. It’s a living dynamic—caregiving—practical and spiritual needs being met for each person.”

“Missions is always with you,” Zonia reflects. “It’s been a joy and a comfort. God has sustained this ministry and kept up the relationships. He’s even enriched them more and more.” The worship gatherings are Holy-Spirit directed, and remind Zonia and Keri of the depiction of the early church as recorded in the book of Acts.

“We minister to them, but they minister every bit as much to us in return,” Keri concludes.