For the Sake of Unity, for the Cause of Christ: Churches Celebrate Fruit of County-Wide Revival

By chogministries
Posted November 9, 2021
In All Church of God, CHOG, Great Lakes
For the Sake of Unity, for the Cause of Christ: Churches Celebrate Fruit of County-Wide Revival2021-11-092021-11-09https://www.jesusisthesubject.org/wp-content/uploads/2016/07/ChogLogo-Light.svgChurch of God Ministrieshttps://www.jesusisthesubject.org/wp-content/uploads/2021/11/se_indiana_campground_collage_adj.jpg200px200px

The heritage hymn of the Church of God has encapsulated the doctrine of unity since it was penned in the earliest days of the Movement. “We reach our hands in fellowship to every blood-washed one,” the Charles W. Naylor lyric asserts. But is it really true? Has it always been true of each of our congregations? From the perspective of many observers, the Church of God has often preached and proclaimed unity but failed to live it out in functional partnership with believers of other denominational backgrounds. In an era when “Jesus is the subject” has refocused our attention to the truth that the body of Christ can make a greater kingdom impact when unity becomes reality, several Church of God congregations and a district campground association have discovered a practical way to live the unity we believe. In so doing, several souls have been added to God’s church.

It was only a couple of years ago when a nondenominational minister in their county approached the Southeastern Indiana Church of God Campground board with a suggestion—a revival event that would include and involve ministers from several different churches, of different denominational backgrounds. The experience would offer a collective approach to communicating the gospel of Jesus Christ, demonstrating the unity Christians can and should have in the midst of a divided world. Simultaneously, the Good News would be proclaimed to all who would attend, offering opportunities for the lost to be found and the church to be strengthened. When the board met to consider the proposal, they received it with joy and anticipation. 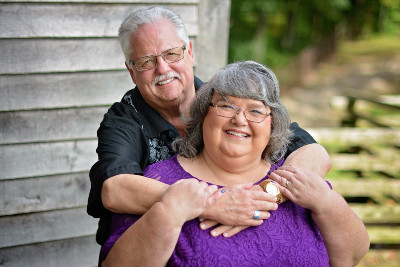 Citing the Charles W. Naylor lyric from “The Church’s Jubilee,” Pastor Bill Means, of the Church of God at Nebraska, who also serves as the vice chairman of the campground board, recalls the board’s perception that such a revival event would affirm the doctrine of unity and surely sow into the work of the Lord in Jennings County. The first year the multi-day meeting was held at the Church of God campground, one Baptist church and one Christian church participated alongside representation from three Church of God congregations. Several souls were saved, praise God!

After deciding to make the successful event an annual occurrence, this year’s gathering hosted three guest speakers from Christian churches, one Nazarene pastor, and a pastor of the local Church of God district. Again, the Holy Spirit moved in mighty ways among those who gathered—even in seasonably cold and rainy weather—and people knelt at the altar each evening.

Pastor Bill Means reflects on the wonderful beginning to the fall season for these churches. “Of special note was the unity among the different movements and denominations that were present,” he explains. “Many realized that our belief systems are not as different as some think. We found our unity in Christ and his blood, and the belief that Jesus is the only way of salvation.” Bill goes on to say that some doctrinal viewpoints, though important, were intentionally avoided over those few days, to focus on that which would maximize unity. On the other hand, a common theme of sanctification did echo across the denominational spectrum, evoking an even greater sense of oneness.

“So, what is the future of the Jennings County-wide Revival?” Bill asks and responds. “Our board and churches are going to continue to have these services annually. Since it rained and was quite cold on three of the six nights, necessitating services to be held those three nights at the Church of God at Nebraska (only one mile from the campground), we will change the dates next year to late August for warmer weather. Also, we will continue to have a concert with a well-known gospel artist on Sunday night of the event to foster interest. In the past two years we hosted southern gospel artist, Kevin Spencer and southern gospel songwriter, Sheldon Mencer.” 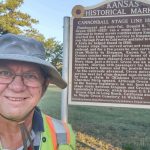 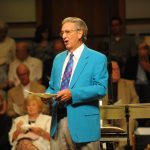