John describes the iconic scene in the thirteenth chapter of his Gospel. Many find footwashing awkward today, but imagine what the disciples felt when Jesus stooped to such a remarkably humble act of service. Commanding them to follow his example, Jesus subsequently set into motion a practice observed at various times in various places throughout history, and certainly not only among congregations of the Church of God. But in the Church of God movement, footwashing has certainly proved to be an ordinance appreciated symbolically for its practical articulation of a deeper meaning of commitment to serve others in love.

Despite the biblical imperative, footwashing as an ordinance isn’t practiced universally across Christendom. Similarly, footwashing services haven’t historically tallied the highest attendance among local church activities. Still, those who have come to appreciate the uncommon practice insist on its veracity, validity, and value for even today’s church.

To those who may be unfamiliar with footwashing as a communal worship experience, surprise is likely to follow. Mark Richardson, state pastor for the Church of God in Michigan, recounts his introduction to footwashing under the ministry of Rev. Dr. Ronald J. Fowler at Arlington Church of God in Akron, Ohio.

“I fondly remember my first Holy Week there,” he explains. “It was early April of 1982. The Holy Week traditions of my Catholic upbringing were significantly different from the Church of God. On Maundy Thursday, I was surprised to find out that there was this thing called a footwashing service, and that the members of the congregations were invited, and perhaps expected, to participate by washing one another’s feet. My reaction was swift and certain—‘I don’t do feet!’ That Sunday I was speaking to a brother by the name of Willie Garrett. He was a former heavyweight boxer, a very serious Christian, and one who would become a great friend and encourager to me. Brother Willie asked me why I wasn’t at the footwashing service. I repeated my objection—‘I don’t do feet!’ He said, ‘Brother Mark, you can’t take the Word of God like a Chinese food menu, something from Column A, Column B, or Column C. You have to take the whole Word of God!’ His response impacted me so much that I haven’t missed a footwashing service since (unless I was physically unable to attend).”

By contrast, Jeff Frymire, longtime professor and Church of God pastor, insists he’s never had a problem washing someone else’s feet. “After all,” he remarks, “I’m a parent. I’ve cleaned worse!” But on the subject of footwashing, he grows contemplative. “It is a difficult and emotional thing to have one of the older saints in the church kneel before me (with great pain and discomfort), humble themselves, and gently wash my feet. I think I know how the disciples must have felt that night.”

H. Gerald Rudd, chair of Pastors’ Fellowship, reflects on the spiritual discipline and growth possible concerning footwashing, a practice which has thoroughly blessed his own soul. “As a new Christian back in 1973, it was not long before our congregation had a footwashing and Communion service the Wednesday before Easter. I saw men kneel down and wash each other’s feet as they wept and sang hymns. The love and servanthood that was expressed through those actions have stuck with me these many years. I understood that this was biblical truth being practiced, and it provided a model for me in my life in Christ.”

In Grove City, Ohio, just outside Columbus, Pastor Adrian Powell explains the inclusion of footwashing as part of a broader observance of the biblical narrative, replete with opportunities to learn and grow. At Faith Community Church of God, footwashing follows a Christian Haggadah (“telling” of the Passover) with a Seder meal. Pastor Powell reflects, “We have found that it provides both context and real understanding of how the Passover pointed forward to the coming of the Messiah, and why the Old Testament is still relevant for Christians to study today.”

Powell notes that their methodology also provides a way to introduce footwashing to those unfamiliar with the ordinance.

In a similar fashion, Kyle Yates, pastor of Staunton First Church of God in Virginia, stresses how important footwashing is to the practical application of teaching. He says, “Footwashing is an act of servanthood that is something so simple to do, and yet so hard to surrender one’s ego and have it done to yourself. No wonder why Jesus gave us this ordinance to practice! [It’s a] lifelong lesson in humility, service, and love.”

You never know how far-reaching the impact of an uncommon, but powerful practice can be. Melissa Pratt, pastor of Teays Valley Church of God in Scott Depot, West Virginia, glows about the subject of footwashing as she remembers fondly the “moving” experiences that literally span the generations. But most remarkable is her recollection of one footwashing service, in particular. A teen girl, who came alone to youth group, attended the footwashing event and committer her life to Christ then and there! Salvation would ultimately come to her whole household, and she would ultimately marry a man who would become a Church of God pastor, and serve faithfully in a Washington, DC-area congregation. “I get stirred just thinking about it,” Pastor Pratt reflects.

What has footwashing (also spelled as two words, sometimes known as feet washing!) meant to you? Share your story at https://cgm.formstack.com/forms/sharethestory. Learn more about the Church of God movement at www.JesusIsTheSubject.org. 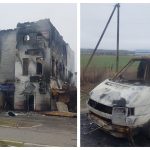 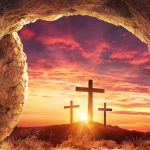 CHOGvoices—Why You Can Believe in Jesus’ ResurrectionAll Church of God, CHOG, Columns, Op-ed