By chogministries
Posted October 26, 2020
In All Church of God, Change the Story, CHOG, Give Life, Southeast
Florida Pastorate Born in Crisis, Thriving in Adversity2020-10-262020-10-26https://www.jesusisthesubject.org/wp-content/uploads/2016/07/ChogLogo-Light.svgChurch of God Ministrieshttps://www.jesusisthesubject.org/wp-content/uploads/2020/10/matthew_quainoo_speaks_solidrockfl.jpg200px200px

Pastor Matthew Quainoo says his pastorate was born in crisis. In his first days with Solid Rock Church in Kissimmee, Florida, his congregation was bracing for a Category 5 hurricane. Instead, it hit the Caribbean. As many of the congregants have ties to the region, the church held a relief drive that first Sunday, and supported rebuilding efforts in the aftermath.

Not long after, their community experienced a significant loss by suicide. On his second Sunday, Matthew shared his message time with mental health professionals so the congregation could begin a conversation about mental health and plan for ministering to the needs in the community. From there, Solid Rock opened a counseling ministry staffed by licensed professionals who serve those in the area for free. 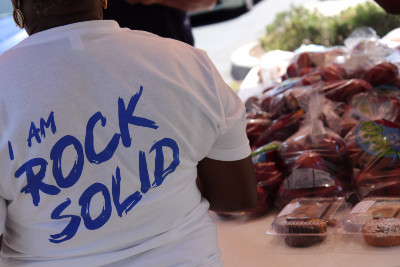 Serving the community is a priority for Solid Rock.

Last fall the church held their first bilingual service led by Rev. Inocencia Chisolm. Fifteen people came to Christ through that first service. “The Lord spoke clearly to me in that moment,” says Pastor Quainoo, “that Inocencia was to be our Spanish-speaking pastor.”

And those were the ways the Lord was moving before the pandemic.

Pastor Quainoo was formally installed in February of this year. His first official Sunday in the pulpit in March 2020 was also his last Sunday with his full congregation meeting in-person. “We had no in-person Easter service, or Mother’s Day, or Father’s Day. These big pastoral Sundays were ones where we couldn’t do the usual thing.” But God moved in the unusual circumstances.

Before the pandemic, the church averaged 500 members. When they shifted to online services, they grew to over 1,000 participants through Facebook and YouTube. In addition to virtual services, the church has held “pull-up-and-pray” services where they minister to their community and distribute food. They also sponsored a backpack drive.

“The church has experienced the most impactful season in our fifty-year history,” says Pastor Matthew. In four weeks during September and October 2020, the church fed over 4,000 people, thanks to government grants, donations from members of their congregation, and Change the Story funds from Church of God Ministries. 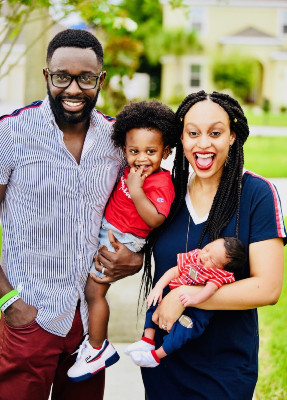 Matthew Quainoo with his wife Rhesa and their children.

The church has also engaged in social justice issues in the state of Florida. “This isn’t partisan or political,” says Pastor Quainoo. “This is a biblical mandate. We pursue justice because we are followers of Christ.” The church made voter registration part of their pantry outreach this year. They are also a resource in the community for ex-felons. Funds have been donated to the community to pay off the court costs for these former felons. Once their fines are paid, the individuals are eligible to vote. The church helps individuals apply for those funds.

Matthew’s current sermon series, “Leadershift,” reflects what he has experienced and learned over the last year. “Normal has left the building. Leaders are defined by not quitting,” he said. Matthew and his family—wife Rhesa, and their two boys Matthew and Martin, as well as the congregation at Solid Rock Community Church—are living examples of that philosophy. “Our congregation knows that they have not been saved to sit, but they have been saved to serve. The work we have been called to is our duty. It is not extra credit.”

While his pastorate has been marked by crisis and unprecedented need, the faith community at Solid Rock has followed the leading of the Lord to reach out to their community and serve without quitting. “We have made the decision that Solid Rock brings people in, builds people up, and sends people out. We will celebrate Jesus who calls us to pick up our cross and follow him into the throes of redemptive activity in the world.”

Help churches like these respond to urgent needs in their communities as a result of COVID-19:

Jaymie Dieterle is a freelance writer with a passion for books, reading, and life-long learning. She enjoys writing adult small group and Sunday school curriculum for Warner Christian Resources (formerly Warner Press). Jaymie and her family live in Anderson, Indiana, and they are actively involved at Madison Park Church of God. 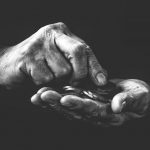 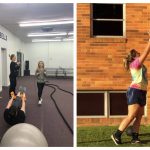