Firm in the Faith at Fifty: Toronto Congregation Celebrates Jubilee

By chogministries
Posted December 2, 2021
In All Church of God, CHOG
Firm in the Faith at Fifty: Toronto Congregation Celebrates Jubilee2021-12-022021-11-24https://www.jesusisthesubject.org/wp-content/uploads/2016/07/ChogLogo-Light.svgChurch of God Ministrieshttps://www.jesusisthesubject.org/wp-content/uploads/2021/11/first_chog_toronto_collage_adj.jpg200px200px

David Greene has much to celebrate within the congregation he serves as pastor. Fifty years ago, the Church of God of Eastern Canada began as a homogenous group with German ancestry. With the recent celebration of their fiftieth anniversary, the Toronto congregation looks back at how God has grown them into a multicultural group representing more and more the diversity of Canada’s largest city. First Church of God Toronto has endured much change over the years, but has held firm in the faith, claiming God’s promises for them now and into the future.

“One of the things that we have been envisioning is [reflecting better] our diverse multicultural community, especially as we are trying to see how we can connect with the Caucasian population,” expressed Pastor Greene. “We don’t find ourselves to be a black church per se, but a diverse congregation that reflects the city in which we operate, [even] without thinking about diversity.”

The church recently celebrated fifty years of growth and spreading the message and love of Jesus. From October 15 to 17, the celebration included past and present pastors shared their own involvement and memories with the present members. Pastor Percy Isaacs and Pamela Holness were interviewed, along with others who had past involvement, such as Pastor Chris Bonis, who also serves as executive director (regional pastor) for the Church of God in Eastern Canada. Phyllis Newby, a missionary with historic ties to the Church of God movement, and Church of God Ministries general director Jim Lyon, served as speakers for the three-day conference.

Pastor Pamela Holness shared that the event was a milestone—“a time to reconnect with past members, [including how] they started out in a school, then eventually built their own building,” she recounts.

Every year First Church of God in Toronto celebrates their anniversary, but this year—their jubilee year—they wanted an especially big celebration.

Pamela’s husband Richard led the planning committee for the celebration. Going from the beginnings of a church that served the German immigrant population, to being a diverse cultural center of Toronto, was the result of many years of trials and victories. Holness says they reached out and contacted past members and also received well wishes from those unable to travel at this time.

Pastor Greene continues to focus on diverse cultural changes within the community by realizing the need for diversity among the leaders of the church. “Over time the demographics have changed, and we are trying to be a leader in serving everyone in the community.” 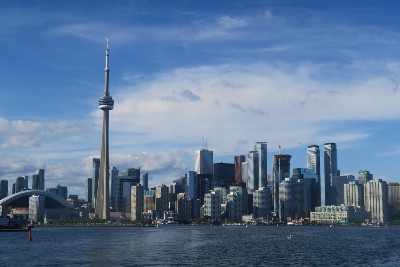 The use of modern technology has now been utilized as a greater way to reach out. It has helped greatly in bridging the gap between the older generation and the younger generation. At the same time, they continue to work “on the ground” as they apply the message of the gospel in practical ways.

In an interview with Pastor David Greene, Jim Lyon shared his insights on what the church must be mindful of for the future of the church. He shared that the chief concern is this particular generation, across the board. Technology is the forerunner in information of other worldly views, prompting this generation to have many questions about life, meaning, and purpose.

“We must have a frank and honest dialogue with this younger generation,” Jim said. “We live in an age that has lost trust in institutions. Trust can only be rebuilt in our values of truth as we demonstrate that we understand their world, and respect them, and as we do so, we invite them into a better way—the way of Jesus.”

Jim Lyon tweeted, reflecting on the experience, “ChoG First Toronto ON is strategically located in the heart of the city—standing tall in the global crossroads of one of the world’s greatest metros. Its fiftieth anniversary was joyful and forward-looking. The church is all about Jesus and the Holy Spirit and its chance to serve.”

Learn more about the Church of God movement in the United States and Canada, as well as the ministries we offer which encircle the globe, at www.JesusIsTheSubject.org. 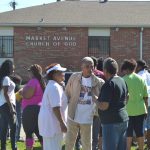 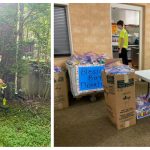