Andy Blair grew up in the Church of God. His grandparents ensured he was in the pews on Sunday morning, Sunday night, and Wednesday night. Despite his exposure to Christianity as a child, Andy’s story took a downward spiral, which ultimately ended up in him entering rehab in 2006 for alcoholism. Though he’d earned a living in corporate America for more than a quarter-century, Andy could have hardly seen the way in which the providential hand of God would redeem the past and forge a new path. Surrendered to the Holy Spirit, Andy further heeded the call to ministry and pastored in a variety of Church of God settings. Fast forward several years, and God provided an incredible opportunity for Pastor Andy Blair to help others find freedom in Christ.

Of course, it wasn’t a simple path forward. The twists and turns in Andy’s journey weren’t always expected or appreciated at the time, but certainly served as learning experiences in the shaping of who he is today. Bayside Church in Safety Harbor, Florida; Crosspoint Church in Natchez, Mississippi; and HighPoint Church in Lake Wales have each played notable roles in Andy’s restoration and leadership development. While these pastoral roles fulfilled in these years might be considered traditional, even as far back as 2006, when Andy entered rehab, he knew God would someday use his story for the benefit of others. 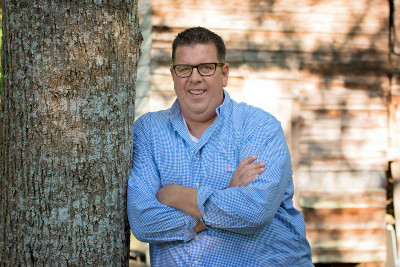 In 2019, God’s plan to use Andy’s recovery story really started to take shape. While serving on staff at HighPoint Church, a local ministry of the well-known Celebrate Recovery program was established through the church and continues to this day. Meanwhile, Andy couldn’t get his mind off what God could do beyond Celebrate Recovery. He recognized the need for a place men could go to get away from the pressures of life, especially the temptations to abuse alcohol and other drugs, all while focusing on Christ in a community setting. A nearby historic property known as Chalet Suzanne had also caught Andy’s eye; over the years, Hollywood celebrities had availed themselves of the resort-like getaway, yet operations ceased in 2014 after more than eight decades. What if?

After all, the owners of the property were a part of the congregation at HighPoint.

Though Andy Blair had heard the possibility of using the property as a recovery ministry hub was a long-shot, he also knew he served a big God. Following a period of prayer and discussions with the owners, the dream would become reality. Andy recounts, “The Spirit kept pulling at me. Pastor Jack Hilligoss [HighPoint] said, ‘Andy, this type of ministry is exactly what the church should be doing. What better way than minister to those Jesus would have hung out with and give them hope?’ He gave me the freedom to explore what this might look like and see if there’s something there.” And there was something there, something that’s only beginning to make waves for the kingdom of God.

In view of the divine call, and with the full blessing of the congregation, Pastor Andy Blair ultimately resigned his staff position at the church in order to go full-time with the brand-new Refuge on the Ridge, a “Christian regeneration program helping men find freedom from their addictions.” Consideration was given to the possibility of the ministry remaining under the umbrella of HighPoint Church, but the decision to become a separate 501c3 would also demonstrate the openness of the ministry to work with, and be supported by, churches of all backgrounds. And, though the property itself needed renovations and updates to function as a “refuge” for the addicted, God supplied the people and the dollars necessary to open the building to its first residents on the Monday after Easter this year. A half dozen residents have already started the program, and Pastor Andy anticipates only great things in store.

“In my experience, while the traditional recovery groups are good and do work, the missing piece is the ‘God’ piece,” Andy reflects. “The traditional twelve-step program is good, but it’s not the final answer. Without the God pieces, without Jesus, you can never really be free.” 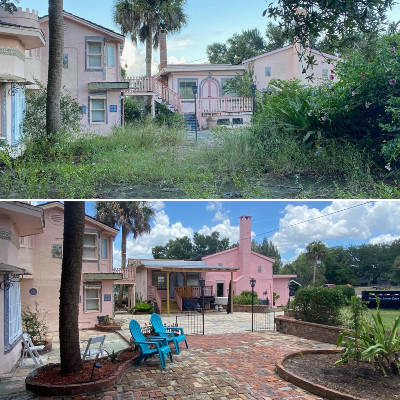 Transforming the property into Refuge on the Ridge!

Also unique to the program is its intentional family connection. most recovery programs reintroduce men freed from addiction to their families and society only to face a jarring transition. Refuge on the Ridge chooses to engage families on weekends, aiding in such a transition and to help encourage men in the ten-month process. A similar experience worked for Andy, and he knows it will be helpful for these men, too.

“What I try to do is get out of God’s way,” Andy adds. “I could tell you story after story of how God is moving. We’re ultimately looking for about thirty guys, and we’re not even limiting God to this property alone. We’re totally funded by donations, and we never turn anyone away who needs help. Thank God for anyone who is willing to partner with us.”

Learn more about Refuge on the Ridge, and discover opportunities to come alongside them, at www.refugeontheridge.org. Learn more about the Church of God movement at www.JesusIsTheSubject.org. 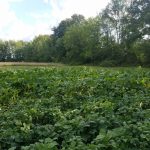 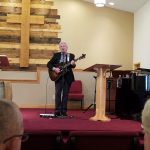