By chogministries
Posted December 7, 2012
In All Church of God
Fighting Human Trafficking2012-12-072012-12-07https://www.jesusisthesubject.org/wp-content/uploads/2016/07/ChogLogo-Light.svgChurch of God Ministrieshttps://www.jesusisthesubject.org/wp-content/uploads/2016/07/ChogLogo-Light.svg200px200px 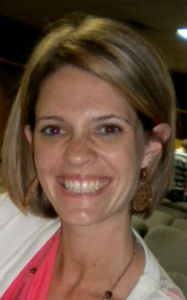 I soon learned that even though this horrible abuse happened to Lacy, others in our country and around the world are not immune to it. There are twenty-seven million people enslaved in some form of human trafficking worldwide, and ten million of those are children trapped in some facet of the commercial sex industry. Every year one hundred thousand to three hundred thousand American minors, at minimum, are being enslaved in the commercial sex industry in the United States, with the average age being between twelve and fourteen years old.1  Yes, we have a global problem that we need to address. Furthermore, we have a problem within our own country that cannot be ignored. Our kids, here and abroad, are dangerously at risk of being forced, manipulated, and enslaved into prostitution and other forms of the commercial sex industry.

The story of this one girl opened my eyes. The knowledge that her story is the story of millions of kids around the world compelled me to get involved. My desire to speak on behalf of the oppressed led me to work with a Christian anti-trafficking group based out of Vancouver, Washington.

The issue of human trafficking is ugly, evil, and astronomically huge. Indifference and apathy are the biggest dangers to change and hope. Proverbs 31:8–9 says, “Speak up for those who cannot speak for themselves, for the rights of all who are destitute. Speak up and judge fairly; defend the rights of the poor and needy” (NIV). This verse continues to be my prayer, my challenge, and my goal as I do my part through Christ to put an end to human trafficking.

Randee Doe served as a special assignment missionary in Japan, 2004–2007. A graduate of Anderson University School of Theology, she has been working in the antitrafficking movement for the past two years, most recently with Called to Rescue, an organization in Vancouver, Washington.