By chogministries
Posted May 2, 2018
In All Church of God, Great Lakes
Fifty Years and Counting: Ohio Pastor’s Longevity at One Church Inspires2018-05-022018-05-02https://www.jesusisthesubject.org/wp-content/uploads/2016/07/ChogLogo-Light.svgChurch of God Ministrieshttps://www.jesusisthesubject.org/wp-content/uploads/2016/07/ChogLogo-Light.svg200px200px 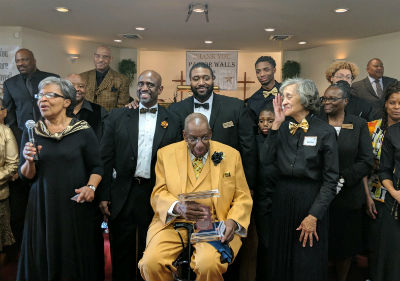 LaMonte Monroe spend part of his childhood at the church, but returned at age twenty-three as an associate pastor under Walls. He notes that the former pastor, Joel Lee Allen, had shepherded the flock for thirty years. Indeed, East Second Street Church of God in Xenia has only had two pastors over the last eighty years. Walking alongside Walls in ministry for thirty-six years has given him a close-up perspective of the man whose longevity inspires.

“He’s very conscientious of things going on with everybody,” Monroe explains. “He uses his time wisely because he does so many things. We wonder how he gets so much done in the time he has. But his administrative skills are stupendous. I try to emulate that. He’s well-organized, and has his own personal reference library. He is a cheerleader for young ministers. As a result of his organization, if you ask anyone in this area, they have received something about ministry from his library. He always wants to pay it forward.” 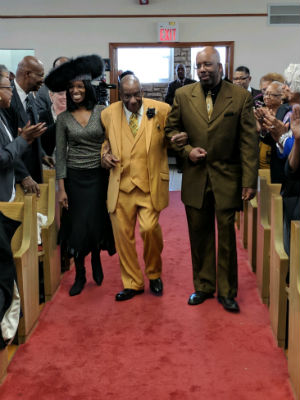 Pastor Walls had to be well-organized and utilize time wisely. The sixty-eight-mile drive from his Columbus home required it. Not only that, his full-time job outside of the ministry was even farther away. Though retired from his other job, the word retirement just isn’t a part of his ministry vocabulary. Yes, Walls continues to make that sixty-eight-mile trek two to three times per week.

“God said to do it, so I knew he would help me, and he did,” Pastor Walls wrote for a bulletin insert at his 49th anniversary. 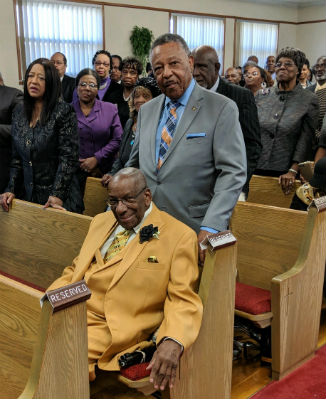 “Many pastors start out pastoring small churches,” Walls wrote. “God may or may not have anything to do with it, but some only stay there for a short while until something bigger or better opens up….”

He continued, “Over these [fifty] years, I have had many church offers, job offers, and church leadership position offers, some of which, no doubt, I would have jumped at. But there was something about ‘You will only pastor one church,’ that I did understand, these words coming from God.”

On March 31, 1968, J. Douglas Walls was installed as senior pastor of East Second Street First Church of God. At one time the church attendance dropped to thirteen, but the pastor persevered. To this day, congregants have proven their desire to be led by this Christ-centered leader, as they, too, have commuted great distances. “No one but God could have made this possible,” Walls reflects.

So, what is the secret to pastoral longevity? Pastor Walls gets asked this question all the time. “I tell people that my ambition never was to be a preacher,” he explains. “I didn’t come from a line of ministers. But to know that you’re in the will of God, that this was definitely his doing, that’s what matters. During the course of these fifty years, some of the worst things that can happen to a person happened to me. I had brain, knee, and eye surgery, and all these things could have rendered me incapable of doing the Lord’s work. But it didn’t. All I can say is to do what the Lord’s will is even if it’s not what you would like. Where the Lord wants to you to be, it’s not about size of the church, or the building, or money, or any of that. It’s about where God wants you to be.” 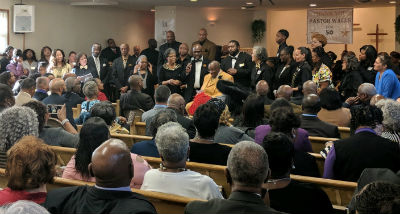 Over five decades, there were good times, and there were hard times. Many of these are detailed in a book he wrote a few years ago, titled This is My Story. But through it all, God remained faithful to Pastor Walls and Lady Donna. As time passed, more and more associate ministers and leaders in the church have been raised up to serve in a variety of capacities. The church has become a beacon of hope to the community as it not only proclaims the gospel from the pulpit, but from the parking lot and beyond through community service.

Pastor Walls says he couldn’t be more proud of his congregation, and grateful for the call that brought him to a place he’d never expected he’d be. As he puts it, the congregation at East Second Street First Church of God have made Christ and his church “look really good!”

To learn more about Pastor Walls, his story, and the lessons he’s learned, order a copy of This is My Story. Contact the church at 614-471-6023 for ordering and shipping information.

In Ohio, across North America, and around the world, God is on the move in the Church of God. Join the movement. Give life. Donate today at give.jesusisthesubject.org.