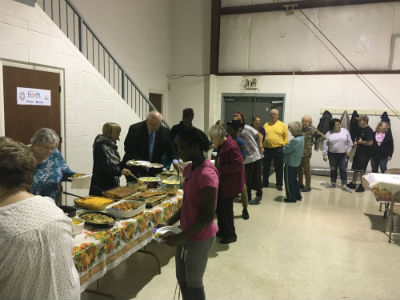 August 9, 2014. That was the day Michael Brown was shot and killed in a city which has sadly become emblematic of recent racial tensions in our country. Ferguson, Missouri, drew massive media attention in the days and weeks following the tragedy, but there was one near-tragedy that took place in another St. Louis, Missouri-area municipality which few know about. Five days earlier, Brian Burton found himself looking into the barrel of a gun which discharged; no explanation as to why the officer’s gun went off, nor why there was no bullet to be found. But Brian Burton, now pastor of First Church of God in St. Louis, considers it only by the grace of God that he’s alive today. Based on his perspectives growing up within a few minutes of Ferguson, as well as his experience leading a multicultural church today, Pastor Brian offers a clarion call to the church for reconciliation.

The city of Florissant borders Ferguson just to the north. Many may not know the geography of the area, but it’s important to understand that the St. Louis metropolitan area is composed of more than eighty municipalities, many with their own government, police departments, and so on. The city of St. Louis is home to about 320,000 people, but the entire area has a population of over a million. Following the intense media coverage of 2014, consumers of news across the country were likely to come away with a negative perception of the city of Ferguson. But Pastor Brian says it’s really just like any other big-city suburb. “The climate of life is no different,” he explains. “People work, people play, people live. Everyone goes about their lives. Then something so abrupt happens that it’s hard to fathom how it could happen here. But, really, it can happen anywhere.” 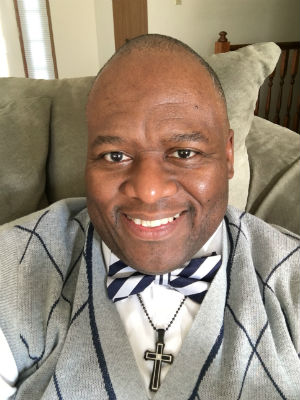 It may go without saying, but what we see through the media lens is often a distortion of reality. Ferguson, Missouri, is one example of that. “It’s hard to glean from the reports that the people of Ferguson really just want to live peaceably,” he explains. “It’s not a city full of protestors. It’s not necessarily what you’d think of when you hear the word ghetto. Ferguson is a suburb full of people who are hard-working, take care of their families, who like and love each other.”

When the news broke that a young African American man had been shot, one of Brian’s greatest fears was that he would know the victim. After all, Brian was intimately acquainted with the Ferguson community, a city which shared its school system with neighboring Florissant. In fact, Brian once managed the apartment complex some two hundred feet from where Michael Brown was killed. As it turned out, Brian did know some of the family—family members who had actually grown up in one of the local Church of God congregations. This was perhaps the hardest thing for Brian to deal with. And though Brian was deeply dismayed by the reports coming out of Ferguson, he wasn’t all that surprised. After all, less than a week prior he’d again experienced racism rear its ugly head.

The church is supposed to be different than the world. While the culture exemplifies so much disunity, God’s people are called to a different standard. True unity among believers is possible, but Pastor Brian insists it can only come about with a kingdom perspective. 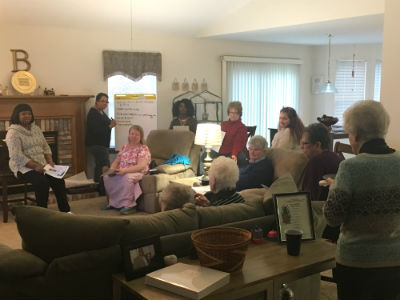 Photo: CWC’s Arnetta Bailey meets with First CHOG ladies to discuss ways to reach out into the community.

“With Jesus as our subject,” Brian explains, “everything he did was intentional. Everything he did was an effort of reconciliation between God and man. We have to be just as intentional in our reconciliation among what seems to be divided churches. I really think we have to get away from ‘this is my church, that is your church’ and need to start to express that we are the church. I wholeheartedly think that there are some churches that need to explore the possibility of combining their forces in an effort of unity. It won’t be easy. And we have to get past ‘these are our resources, those are your resources.’ You know, we pray every Sunday, ‘Lord, make us good stewards of what you’ve given us,’ and we sing ‘we reach our hands in fellowship to every blood-washed one.’ But do we really mean what we pray? Do we really mean what we sing? Or are we just satisfying ourselves instead of setting the example for the world around us? Unless we’re willing to put them into practice, they’re just words.”

Unity will also only move from that which is only theoretical to functional when we’re intentional about it. “We have to deliberate,” Brian reflects. “We cannot fall back into those words that kill churches, such as ‘this is how we’ve always done it.’ I’ve always wondered why, even as a child, we were just a couple miles from one Church of God congregation, but we’d drive past it, and another Church of God congregation, to worship at yet another Church of God congregation. Where is the unity in that? The one we lived by was primarily black, the second one we passed was primarily white, and then we’d go to another primarily black congregation. Why can’t we get it together? It almost seems that the ‘this is how we’ve always done it’ mentality has become intrinsic. This will be our downfall unless we’re deliberate.” 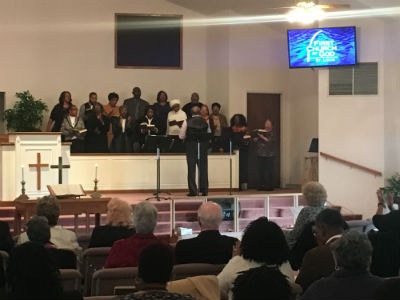 Brian Burton says our culture has no impetus to start really moving together toward reconciliation on its own. If the church can’t get it right, why should we expect our communities to get it right? But with Jesus as the subject, unity is within our grasp. It’s time to take hold.