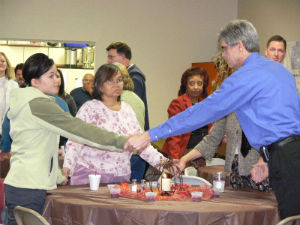 God. Dios. Gott. It does not matter what language or tongue is used to call on the name of the Lord, because he is still the same. In a world where accents, clothing, and skin color are used to divide those whom God created, there are still people willing to come together in unity to serve the God they love. Take for instance the Farmington Hills Church of God located in southeast Michigan in a suburb of Detroit. This area has been witness to an ever-changing population due to the many industries around it. Farmington Hills was created from a merger between a Greek church and a Caucasian church in the 1970s. In the late 1980s, Farmington Hills hired a German Canadian pastor who served the church for twenty-five years. This may sound like a pretty unique background for a church to have, but no one could have predicted how God would bring people together through this church.

There is no clear way to say exactly how many different nationalities and cultures are represented in the Farmington Hills congregation. Just a few of the different people groups and countries that members claim heritage to are Greece, Jamaica, Romania, Canada, Japan, China, Mexico, Brazil, Britain, Lebanon, India, Lithuania, US African-American, US Native American and US Caucasian. There are also several multicultural members and families that are the second generation living in the United States. With members who have lived and worked around the world and speak multiple languages, pinpointing the exact number of cultures that worship together in Farmington Hills is a little tricky. 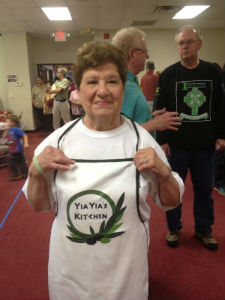 Associate Pastor Carron Odokara phrases the mindset of the Farmington Hills congregation quite well: “There is a consciousness of our diversity and uniqueness as a congregation that we celebrate and enjoy exploring.” As an example, one year Farmington Hills celebrated Easter by hanging signs in the sanctuary that read “Christ is Risen” in multiple languages. In the service, members had the chance to read a sign aloud in their native language for the rest of the congregation. Another time of celebration was when the Christian Women Connection group created a “Taste of the Nations” dinner and fundraiser. All of the rooms in the church were decorated for the different food cultures, and all of the chefs in the church were invited to cook special dishes from their native cultures. “There is an awareness of culture, and a desire to make sure that we are including people in the activities and the leadership. The church council always has a variety in the people involved, and so does the pastoral staff.”

For people who may not have the chance to interact with someone from another culture, this mass intermingling of ethnicities and backgrounds may sound chaotic. Looking past cultural differences is not a concept that Farmington Hills is familiar with. Carron explains that “we look for ways that our diversity can make us a place where we can be who God made us to be, and so all people can see that Jesus transcends culture.” As much as Farmington Hills likes to celebrate diversity, members agree that diversity is not why they gather in the first place. “It’s all about Jesus, and how we are called to love all people so that others will come to know Jesus.”

Farmington Hills may not have planned to be a place where cultures could collide, but God did. It was really not a complicated process at all. The way Carron sees it, “as people start to see others that look like them, or at least that everyone does not have to look the same, the existing diversity helped attract more diversity.” When a church is intentional about embracing what God is doing, amazing things can happen. It is because of God that Farmington Hills Church of God has developed into the church it is today. They are currently searching for their next lead pastor as they embrace God’s plan for the future.

Emily Ploetz is a communication intern for Church of God Ministries from Cincinnati, Ohio. She is currently studying English education at Anderson University. Learn more about the Church of God at www.JesusIsTheSubject.org.