By chogministries
Posted March 12, 2013
In All Church of God
Extreme Love Explosion in Florence, South Carolina2013-03-122013-03-12https://www.jesusisthesubject.org/wp-content/uploads/2016/07/ChogLogo-Light.svgChurch of God Ministrieshttps://www.jesusisthesubject.org/wp-content/uploads/2016/07/ChogLogo-Light.svg200px200px 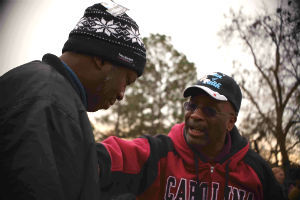 Juvenile crime—down 39 percent in one year. Arrests—down 54 percent in one year. Since 2004, overall juvenile crime has plummeted by more than 70 percent. Some crimes are now virtually nonexistent. The past thirteen years have ushered in a new era of learning to work together to transform culture. As a result of strategic partnership between churches, schools, and government, there has been an explosion of extreme love in Florence, South Carolina. Pastor Clyde Odom of King of Kings Church of God has brought this incredible story of transformation to light.

In a culture so devoid of faith, hope, and love, there simply isn’t sufficient time for the church to wait for government to do something. The church has been called to go and make disciples. But in Florence, South Carolina, the faith community found a way to partner with the government and the schools without spending a dime of taxpayer money. They have built a relationship founded on mutual trust and cooperation. By laying aside differences and focusing on their common vision for a better community, they have offered more than a ray of hope to a community reeling from years of decline culminating in a devastating outbreak of juvenile violence in 2004. 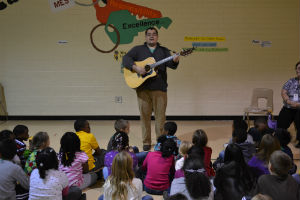 As an expansion of the Mayor’s Coalition to Prevent Juvenile Crime, which brought the faith community, the education system, and the government to one table, the Community Coalition has initiated programs and ministries that directly meet the needs of the residents. These include a jobs program, an after-school teen center, mentoring, Good News Christian clubs for elementary students, Christian Learning Centers for middle school students (operating with parental permission), homeless initiatives such as community breakfasts and the rehabilitation of abandoned houses for the homeless, drive-by prayer teams, and prayer walking. And in this community where kids go to school so that they can eat, a summer feeding program is offered, as well as summer camps and clothing giveaways.

Pastor Clyde Odom arrived in Florence in 1999, just as the community was reaching the pinnacle of need. King of Kings Church of God had dwindled down to just three people. Time and the elements had weathered the old building; cracks and peeling paint reflected the tale of a greater community in ruins. Drug dealers had even set up operations in the church’s crawlspace. But Odom took it all in stride, inviting them to lunch instead of dialing 9-1-1. The faithful few began to hold prayer services every Monday night for the drug dealers, as well as for the needs of the entire city. Soon their friends in low places vacated the premises, and it wasn’t long before the Community Coalition began to take shape.

“Our church members come from prostitutes, drug dealers, and the like. We’re not a big church, but we don’t go by numbers. Jesus didn’t tell us to go by numbers. He just said, ‘Go into Jerusalem,’ your local city. Now people come in drunk to our church, sometimes falling right in the door. All kinds of sinners come through our door. We don’t cut them up into pieces, but we don’t rewrite the Word either. We just hit them with love. The key to all that’s happening here in South Carolina is love. The homeless know we love them. I don’t care who they are, they know we love them.” 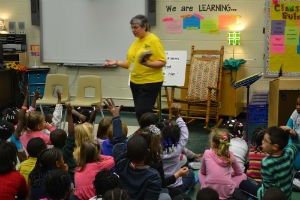 Before the Coalition, Florence was a divided city. Some may conclude that it would be nearly impossible to replicate this kind of vehicle for transformation in their community. But no step along the journey was easy. From the beginning, Odom had to be especially persistent in encouraging the faith community to work together before this unity actually became reality.

“Faith is risk,” Odom explains. “Go in faith. Take some risks. You never go wrong being in line with God’s Word. We in Florence don’t know it all. We’re evolving every day. But in every city people are just waiting for someone to love them, waiting and ready for hope to come to them. Our church people are preached to death and programmed to death, but our church people are waiting to do something beyond themselves.” In Florence, it benefitted the Coalition that every key leader who had come to the table at the beginning was saved. But Odom says, “Don’t worry about the government. Go in as a servant. Don’t go carrying Bibles in. Everyone’s looking for someone to read to the kids. Eat lunch with them. The key is love.”

About six years ago, Odom went to Brazil on a mission trip. While there he met a local videographer, Weslei Vianna. They became friends and maintained contact through Skype. Odom shared the story of the citywide transformation taking place and, by faith, brought Vianna to the States to capture the essence of this extreme love explosion on film.

Watch the full-length professional documentary at

Odom wants the Church of God to know that he’s available to share insights and information about the transformation taking place in South Carolina so that other churches and communities can realize similar transformation. “We want to see this thing spread.” Contact Pastor Clyde Odom by e-mail at cmpodom@att.net.

For more encouragement and inspiration to exercise extreme love in your church and community, visit www.chog.org/Focus40 and www.chog.org/extreme-love.