Exposing the Link Between Pornography and Sex Trafficking

By chogministries
Posted December 8, 2016
In All Church of God, CHOG TraffickLight
Exposing the Link Between Pornography and Sex Trafficking2016-12-082016-12-08https://www.jesusisthesubject.org/wp-content/uploads/2016/07/ChogLogo-Light.svgChurch of God Ministrieshttps://www.jesusisthesubject.org/wp-content/uploads/2016/07/ChogLogo-Light.svg200px200px 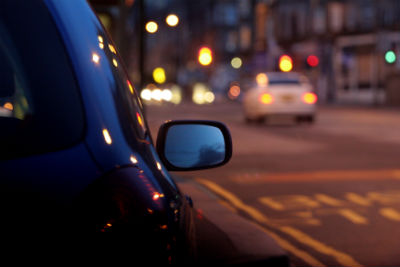 Although there is no longer legally sanctioned slavery in the United States, it persists among us, under the radar. According to a 2015 CNN report, “Sex-Trafficking: The New American Slavery,” the sex trafficking industry in Atlanta, Georgia, alone was worth 290 million dollars. And that was the year 2007. While few of us in churches are going to street corners in red light districts, a surprisingly high number of Christians are involved in viewing pornography, which has a major impact on the demand for, and the profit of, sex trafficking.

In the fifth chapter of David Platt’s book Counter Culture, he cites that “over half of all men and increasing numbers of women in churches are viewing pornography” (Platt 123). Beyond the lust of the act, it also contributes to the demand for sex slavery. Platt later quotes an anti-trafficking organization, which states that an estimated one-in-three people caught up in the web of sex trafficking are used to create pornography (Platt 123). While pornography may seem less harmful than engaging in prostitution, it directly supports the industry. The demand for pornography increases the demand for sex slavery.

Many of us in the church do not have a firsthand experience of the evils of sex trafficking. We may not know the children and adults who are often forced or sold into sex slavery by those they trust, but we recognize evil when we see it. This evil is profiting from the porn industry of which statistics and personal testimonies indicate we have unfortunately firsthand experience. Platt quotes another survey, which found that “half of nearly nine hundred prostitutes in nine different countries reported pornography being made of them while in prostitution” (Platt 123). Many of these traffickers are taking money from the people they victimize; the traffickers demand that they make specified amounts of capital through threats, and other methods of control. This capital goes right back into enslaving more people. The cycle continues. 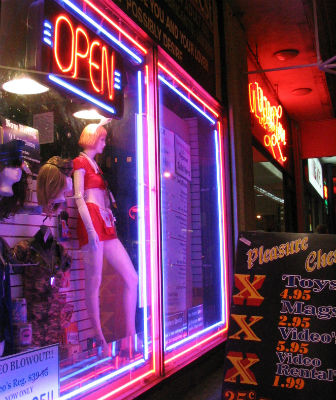 Wilson affirms that “fortunately, brains are plastic so [a person’s] tastes can revert when [they quit] porn.” There is healing power in our God, power that far exceeds that of the enemy. As the Apostle Paul confirms in Ephesians 4:8, “When He ascended on high, He led captive a host of Captives” (NASB). As proclaimed in Ephesians 1:19–20, we have the same power in us that raised Christ from the dead. So we as Christians can be changed, including the enslavement culture we are currently caught up in. But we must start by refusing to support that which allows the sexual exploitation of those made in the image of our Creator to thrive.

With your help, Trafficklight 2.0 will be unveiled on Freedom Sunday 2017, March 5. Please consider holding a place in your service for a short video introducing this next stage in calling our attention to the global—and local—human trafficking issue, and how close to home it really is for each one of us. Visit www.chogtrafficklight.org.

Levi Scott is a Christian ministries major at Anderson University.