Even as Disaster Fatigue Sets in, Partnerships Sustain Relief in Ukraine

By chogministries
Posted August 2, 2022
In All Church of God, CHOG, Disaster Relief, Global Strategy
Even as Disaster Fatigue Sets in, Partnerships Sustain Relief in Ukraine2022-08-022022-08-02https://www.jesusisthesubject.org/wp-content/uploads/2016/07/ChogLogo-Light.svgChurch of God Ministrieshttps://www.jesusisthesubject.org/wp-content/uploads/2022/08/chernobyl-evacuation-g4262a6417_1920_adj.jpg200px200px

Though several months have passed since Russian forces crossed the border into Ukraine, volatility persists throughout the region. While the Church of God in several European countries have rallied to support refugees fleeing Ukraine, not everyone legally permitted to leave the war-torn nation has opted to do so. Regardless of rationale, the generosity of the Church of God, in the United States and Canada, and in places all over the world, has continued to propel and sustain necessary crisis relief to those internally displaced people. Linking arms, pooling resources, and combining strengths have proven invaluable to the ongoing effort—not without risk, yet replete with blessing.

Church of God Ministries has approved $19,950 in additional relief for distribution through Disaster Relief to fund this latest humanitarian focus. Through August, the sum is expected to provide for six trips from the Church of God in Hungary to a young Ukrainian ministry couple operating within Ukrainian territory. The kingdom work taking place as a result of this work is a potent one; partnership between a Ukrainian Baptist church and the Church of God ministry couple is reaching people of a wide variety of faith backgrounds, including those with no faith in Christ at all.

The strategy, as Christy and Dan understand it, is as follows. First, the Holy Spirit prompts someone to give to Disaster Relief. The second step is use of Disaster Relief Funds to purchase supplies and fuel travel via the Church of God in Hungary. The third part consists of the approximately 100 internally displaced people who prepare the goods for immediate local distribution, delivery to eastern hot spots and the especially vulnerable (like the elderly), and readying for long-term storage ahead of a potentially difficult winter shipping season. Lastly, the fourth link in the strategy chain involves the contacts the Ukrainian couple is working with to deliver supplies into the war-torn regions.

Christy Kihm, missionary for Global Strategy to Hungary, alongside her husband Daniel, report that the strategy has worked well so far, both stewarding resources and maximizing impact.

Goods for distribution include all the basics—beans, noodles, flour, sugar, salt, coffee, ‘shelf milk,’ soap, water, vitamins, medicines, and various hygiene products. Whenever possible, the Church of God in Hungary has also collected donations for the well-being of displaced children, including toys, summer shoes, and other summer clothing. Christy notes that most families fled their homes in winter, resulting in an insufficient supply of weather-appropriate wear.

The trips beyond the Ukrainian border certainly carry some risk, but the present route of distribution does not lie within areas prone to missile strikes. Those who transport the supplies don’t travel alone, and reach the border in about four hours; an additional two hours inside Ukraine allows the transport to be complete. Air raid warning sirens can be heard in test mode, but beyond the startling nature of these emergency instruments, the trips have thus far been relatively smooth. 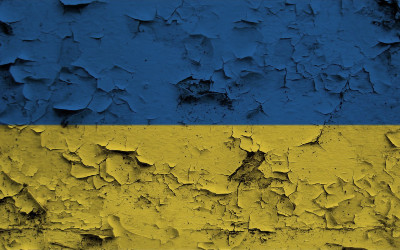 Christy Kihm offers some insight into the heart of internally displaced people:

“For those who have relocated within Ukraine, the main reason they stayed is to not separate their families. Men between the ages of 16 and 65 are not allowed to leave the country. They are drafted into the Ukrainian military, or must apply and be granted a humanitarian aid worker permit. Many women and children have left Ukraine, leaving their husbands and fathers behind. The internally displaced people that we are connected with didn’t want their children to be without their father if at all possible, so they fled into western Ukraine, hopefully to safety and prayed to be granted humanitarian permits, which, so far, they have received.”

Christy continues, “There are other reasons like familiarity of language, ability to provide for themselves, and fear of leaving familiar Eastern culture that might also factor into the decision for some people. But I would say that things are so bad in the Russian-occupied areas, or where the war zones are, that the things I just mentioned wouldn’t matter that much. From what we are hearing, the people that haven’t left the war zones of the east who might have liked to are those who are elderly or disabled and fear that they can’t make the long journey; or those who own a house or land and are afraid that if they leave they will never get their asset back.”

For the Church of God in Hungary, also helping refugees within Hungary, the opportunity, to help their neighbor through the love of Christ wherever they can, is a blessed one. Christy discusses the perspective of the Hungarian church:

“The Hungarian Church of God felt the same way and is blessed to have the proximity to Ukraine to execute these aid trips themselves. Of course, there are also times when people here are worried about that proximity but, overall, it feels good to be able to do something tangible to address the needs of our neighbors and Christian brothers and sisters.”

She goes on to applaud the generosity of time, talent, energy, and resources given so liberally and willingly to the cause. This work simply could not be done without them.

“Disaster fatigue” is a fascinating phenomenon in the West, in particular, as Ukraine headlines have faded into the background of newer realities. Yet, the challenges haven’t gone away for the Ukrainian people, and the need for prayer and financial support is greater than ever.

“Our collective attention spans have shortened in this day and age, but as God’s people, we are called to turn towards the brokenness in our world,” Christy concludes. “To not look away. We can intercede for our Ukrainian Church of God brothers and sisters. We can pray for an end to the war. We can pray for safety for the many Ukrainians that are risking their lives to help transport people out of harm’s way, to deliver food and medicine, and supplies. We can pray that the supplies reach those who need it most and that they will be a tangible reminder to those that receive them that they are not alone—that the world still cares even if we normal people have no idea how to make this stop. We can pray for those that are stuck in terrible places, in terrible situations. And we can pray that they feel God’s presence with them, even in the midst of the horrors of war. May God deliver them from those horrors.”

“Most of the Ukrainians we know just want to get back to their country, to their lives,” Christy adds. “Pray for their stamina, for the many who are displaced and trying to figure out how to serve God wherever they are. They are being asked to make really intense decisions every day, and we can pray for wisdom and discernment on their behalf. I would also want North Americans to know how thankful and grateful our Ukrainian friends are to know that they are being prayed for and that people care. When we pass along encouragement, they are so grateful, and it truly is a blessing!” 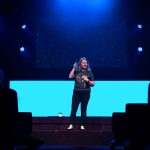 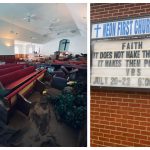