Egypt: In the Shadow of Heartache

By chogministries
Posted August 21, 2013
In All Church of God, Global Strategy
Egypt: In the Shadow of Heartache2013-08-212013-08-21https://www.jesusisthesubject.org/wp-content/uploads/2016/07/ChogLogo-Light.svgChurch of God Ministrieshttps://www.jesusisthesubject.org/wp-content/uploads/2016/07/ChogLogo-Light.svg200px200px 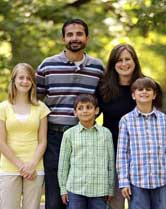 Yes, trouble and tragedy still rage in certain sections of Cairo, north of us.

Yes, government buildings, checkpoints, and churches are still guarded against the threat of attack.

Yes, the interim government is unhappy with the international response, as stated by the president’s office in the international press conference today. Yes, the Muslim Brotherhood and other supporters blame the United States and other countries for contributing to the state of the country today.

Yes, the state of emergency and curfew continue, and there is no conceivable end in sight to all that has been transpiring over the past few weeks.

But through it all, we remain safe. We remain busy. We remain committed to what we are doing here and looking forward to renewing regular activity of service and daily routines.

Tonight, we hosted at least a dozen families who have just arrived to Cairo in anticipation of the start of school in a couple of days. One or both of the parents work for companies or nonprofits attempting to work alongside of Egyptians even at such a time as this. We have become a designated “welcome wagon” because we have the location, the resources, and the openness to host dozens of people at a time in such events. We were originally scheduled to host three events this summer, including two in the past week; that got reduced into one event today. We originally received RSVPs from more than one hundred people—all preparing, or having moved, to Cairo. Business and government restrictions kept several away today, while some have been prevented from entering the country in the past couple days due to the unrest, so we ended up with fifty plus people.

Actually, among these families were some Egyptians who were enrolling their children in the same international school. Some remarked at how Maadi (the community in Egypt in which we live) is just a different place from the rest of Cairo. They said that many other areas have closed stores and restaurants—even some boarded up to prevent looters. (We actually have seen a local McDonald’s pull in all their delivery mopeds and hang up sheets of black plastic for fear of being targeted as a Western restaurant, but it wasn’t long before they were back to delivering Big Macs and McFlurries.)

The community has been safe, but there is a sadness.

No one likes living under a curfew. No one likes to hear of citizens of their city continuing to threaten harm and daily marches that disrupt daily life. No one likes press conferences announcing rising death and injury tolls. No one likes to see mosques turned into morgues or, worse, turning minarets intended for calls to prayer into sniper positions to fire upon security forces. No one likes the smell of tear gas. No one likes uncertainty, wondering whether their company or government will pull them from their home and routines to live in a hotel in Dubai or Jordan or wherever until who knows when.

And so, for even those of us who are safe, we are sad too.

Because this is our home; this has become our community. The people we serve cannot just exit for the sake of secure greener pastures. And what good is our service if only in the good times and not also the bad? It is difficult for many people to understand what some Christians refer to as a calling, but we strongly feel this is not only where we are supposed to be, but these are the people whom we are supposed to be with. This is not just what we do, it is who we are. We are servants—serving is not always convenient, nor safe, nor pleasant, nor rewarding in the sense of what we can measure or hold on to in the here and now. We love to serve; we love those whom we are here to serve and those that we get to serve along the way.

Egyptian Christians hold dearly to the prophecy in Isaiah 19, which concludes with, “Blessed be Egypt, my people” (v 25 NIV). What a marvelous thing to be given the opportunity, even in tragic uncertainty, to stand beside and encourage those whom God has called his.

Protective Beads Versus a God of ProtectionChurch of God Ministries, Global Strategy
How Can Christians Deal With Senseless Tragedy?All Church of God