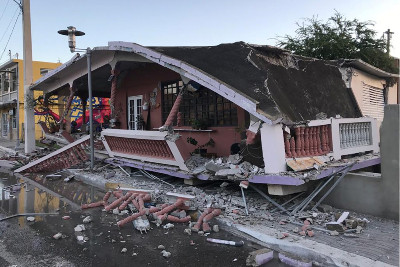 It had been more than a century since the island of Puerto Rico had suffered a strong earthquake. On December 28, the US territory was caught by surprise with what has been called a “swarm,” beginning with a 4.7-magnitude earthquake that day and a 5.0-magnitude quake early the following day. Numerous earthquakes have struck the land in the weeks since, including a powerful 6.4-magnitude on January 7 and a recent one that measured at 5.0 on February 4. Mary Ann Martinez, Hispanic Council (Concilio Hispano) representative to the Ministries Council of the Church of God, and local/regional pastor in Puerto Rico, offers the Church of God movement an update on the ongoing critical situation.

First, she assures everyone that the four Church of God congregations are safe. Thankfully, this includes their properties and those who attend. But other parts of the island have been dealt horrific blows, each one made worse by the scars that remain from Hurricane Maria two-and-a-half years ago.

“We still have people living without a roof,” she explains. “Many have blue tarps that FEMA distributed, but not everyone was fortunate enough to receive aid from FEMA or any other agency. We really are still dealing with the aftermath of Hurricane Maria. To give you a little bit of context, Puerto Rico, before Maria, was dealing with a very serious financial struggle because the island has significant debt. People were losing jobs. We suffer the same recessions and struggles as the US because we’re a part of the US, but the difference is that the rest of the US recovered from the recession a long time ago. Unfortunately, Puerto Rico didn’t. It’s creating a lot of problems for us.” 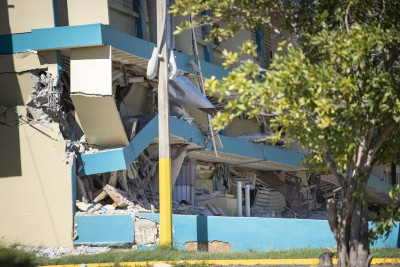 As a result, residents are living in perpetual fear. It doesn’t help matters that the tremors are nearly continuous and can be felt across the entire island, even parts that have not suffered great damage. Mental health has thus become a very real concern as people are losing jobs and their homes. Most of the schools have not reopened since the swarm of earthquakes began, as some school roofs have collapsed, and others are unsafe. This has added additional stress to families as parents are worried about their kids inside school buildings they feel are not structurally sound. Since Hurricane Maria, the population of the territory has been in decline, as residents have left en masse. Even one of the Movement’s churches had to make the difficult decision to shut its doors due to the exodus. So, while the Churches of God in Puerto Rico are safe, they are struggling.

“The part that concerns us is that Puerto Rico is a pretty small island,” Mary Ann explains. “We are 100 miles long and 35 miles wide, so when we say that the earthquakes are occurring in the south part of the island where the damage is the worst, we all feel it. Recently we started having earthquakes on the northwest part of island—a completely different area. So, again, it is something that has people very worried.” 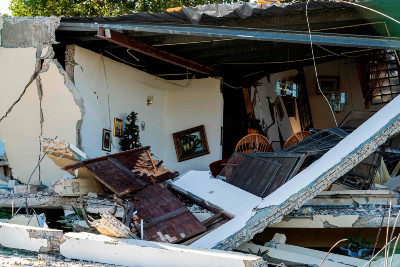 Travel across the island has also been hampered, leading to daily-life difficulties not present before the swarm of earthquakes overtook the island at the end of last year. Mary Ann and her husband Marcos who, together with his wife, pastor the oldest Church of God congregation in Caguas, have embarked on a mission of taking medical supplies to those in need in the hardest-hit areas. She says that debris from mountainsides sometimes block the roads. Still, the ministry duo has been persistent in being the hands and feet of Jesus during this crucial time for their homeland. Though it’s been difficult, Mary Ann explains that they’re smiling at the creativity and hopefulness of many of their residents.

“With all the suffering in the first month of 2020, Puerto Rico still has a sense of humor,” Mary Ann continues. “Besides the earthquakes, the financial situation, and the utility problems, we had a meteorite—yeah, a meteorite from space!—rain fireballs down on us last month, too. Nothing serious came from that, but with all the other things going wrong, Puerto Ricans decided to ‘cancel’ January and start the whole year over again in February. So, on last night of January, the whole island celebrated New Year’s Eve again. People gathered in different places in different cities, restaurants offered specials, and a theater was set aside for special functions. We’re praying for better things in February and beyond!” 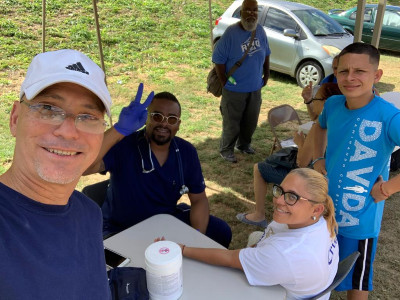 In the meantime, Mary Ann insists that the most critical need at this time is prayer. “As God for peace for all who are stressed and scared,” she says. “Ask God to give us wisdom in how we can minister best to our people who are suffering. Ask God to give us a word of hope for families. We thank God we’ve been able to distribute donations from pharmacies and drug stores to provide medical supplies. Thank you for your prayers. Thank you to Church of God Ministries. Thank you for letting us know that we’re not alone.”