By chogministries
Posted May 27, 2021
In All Church of God, CHOG, Global Strategy
Drive-Thru Prayer Yields Big Blessings in Brazil2021-05-272021-05-27https://www.jesusisthesubject.org/wp-content/uploads/2016/07/ChogLogo-Light.svgChurch of God Ministrieshttps://www.jesusisthesubject.org/wp-content/uploads/2021/05/brazil_drivethru_prayer_wide.jpg200px200px

One of the things that we love and admire so much about our Church of God congregations in Amazonia is their ability to dream and do big things for the kingdom of God. From the world’s perspective, one would look at the churches in Itaituba and think, “They are isolated and in the middle of nowhere. They aren’t a megachurch, with megachurch resources. I don’t expect much from them.” It’s a good thing that our churches don’t listen to those voices. They know the God we all serve. He has so filled their vision that all they can see are possibilities to bring him glory and help bring the in-breaking Kingdom into their community. 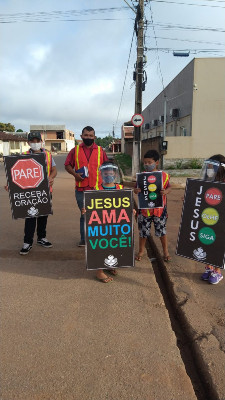 Their latest endeavor came after Pastor Genesio of the central Church of God congregation in Itaituba was told of a church in another part of Brazil that had held a twenty-one-day drive-through prayer event. They decided to try replicating it for a twenty-four-hour period to see how it would reach the community.

This church is located near the center of Itaituba and is situated at the intersection of two major roads within the city. They put up a large tent that spanned one lane of the divided road, and invited people to come—by foot, motorcycle, car, bicycle, horse—to come and receive prayer. They started at 6 AM on Saturday, April 24, and finished on Sunday, April 25, at 6 AM. During those twenty-four hours, the tent was continuously manned by teams volunteering in two-hour shifts. There was also a prayer room inside the church where volunteers prayed over the event as it was happening. These volunteers prayed for people, handed out daily devotionals, Bibles, tracts of Scripture, and a few cesta básicas. (A cesta básica is a bag of food and cooking staples—such as rice, beans, cooking oil, sugar, salt, and coffee—that are shelf-stable and are designed to feed a family for several days.) Following are the reports from a couple of our pastors and some roughly translated quotes:

Genesio, the senior pastor, said, “There are many vulnerable people right now. We pray, they cry, and we counsel them in prayer.” For the 24 hours of this event, there were 976 people who received prayer, 1 person converted, and 5 people rededicated their lives to Christ. Given out were 690 Bibles, 200 daily devotionals, 500 Scripture tracts, and 5 cesta básicas. This was done with 85 volunteers.

We also spoke with Jacó, the youth pastor at the central church, about the drive-through. He absolutely loved the event and sent out a Facebook video that people forwarded around encouraging people to come and receive prayer. He said, “We will do another one with all of our churches in town. We will find a way to get more cesta básicas to give out to people in need. This was just our experiment to figure out the logistics, our difficulties, to see where we can do better and to see what we did well. The next one will be done with more excellence. This experience was something marvelous and powerful.”

Isn’t that something amazing? Our congregations in Itaituba are concerned about the physical needs and the mental health of the people in their community during this crazy and difficult time. They have found a powerful response in active prayer. 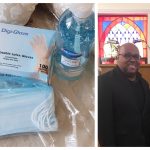 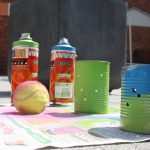