Dr. Kevin Wesley Earley is a native of Chicago, Illinois, and an ordained minister of the Church of God. He has pastored the historic Metropolitan Church of God in Detroit, Michigan, for nine years. Prior to becoming the congregation’s senior pastor on January 1, 2009, he served alongside his predecessor, Rev. Robert O. Dulin Jr., for five years as the congregation’s associate pastor.

Born in 1978, Rev. Earley is the son of the late Rita J. Williams, and the grandson of the late Rev. Van Cornelous Sr., who pastored the First Church of God in Harvey, Illinois. At the age of nine, he asked his mother, “What do I have to do to be saved?” and that evening—in the family living room—he received Christ as his Lord and Savior. He continued his childhood under the leadership of the late Dr. Marcus H. Morgan of Chicago.

Pastor Earley obtained his bachelor’s degree in management and quantitative methods from Illinois State University in 2000. With the guidance of his pastor at the time, Dr. E. Raymond Chin, he enrolled in Anderson University’s School of Theology, where he received his master of divinity in 2003.

Rev. Earley graduated from the School of Theology a second time with a doctor of ministry in May 2008. In October 2013, a component of his dissertation, A Strategy to Transform the Lay Members of the Metropolitan Church of God into Ministers, was published by Warner Press as Every-Member Ministry: Spiritual Gifts and God’s Design for Service.

Dr. Earley currently serves on the board of directors for Anderson University. He has formerly served on the boards for the Detroit Branch NAACP, Urban League of Southeast Michigan, and the Church of God in Michigan. He ministers within the National Association of the Church of God as the president of the National Inspirational Youth Convention after having served as the assistant treasurer, treasurer, and vice president. Pastor Earley also ministers as a chaplain for the Detroit Police Department and is a member of Berean Fellowship, led by Bishop Timothy J. Clarke.

An ardent fan of the Chicago Bears, Dr. Earley and his lovely wife Precious Ann have been graced with three lovely children, Kevin Wesley Jr.; Kaleb Van; and Ky Elise. 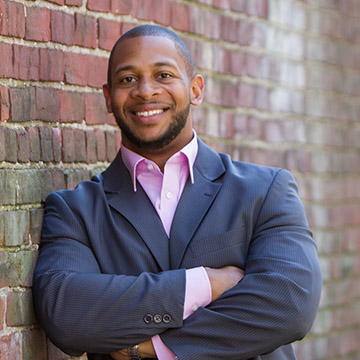