Doctrine and Theology in the Church of God: An Interview with Jim Lyon 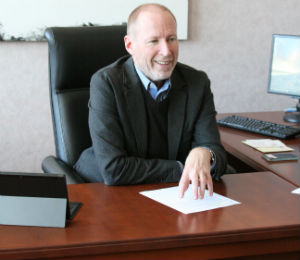 Q: You travel widely within the Church of God. Based on your observation, what is the role of doctrine in the life of the movement today compared to what it was fifty years ago?

A: How we define the word doctrine is helpful to the question. There are certain core theological values that the Church of God has held dear over time. That core set of values can be extrapolated into many other concentric circles, and how far out you get on those circles with your definition of doctrine is a part of the dialogue. For some people, many circles outside the core constitute doctrines of a substantive nature; for others, there are fewer circles. But I think the doctrinal core of the Church of God is still very much in place.

Doctrine is quite central to who we are, but how doctrine is defined and understood has evolved somewhat over time. That may lead some to observe that the Church of God is less doctrinally secure than it once was, when doctrines are simply understood differently.

To illustrate: I have a book on my shelf titled The Gospel Day, published in 1901 by the Gospel Trumpet Company and written by a man named Charles Orr. It forbids the use of mustard for any of the saints, because mustard is used on hot dogs, which are served at picnics, which are rowdy occasions of untoward behavior. To be holy, you cannot be associated with anything like that; therefore, you must refrain from the use of mustard. Now that’s a rather extreme view which in some quarters in 1901 was a doctrine.

Do we still believe that there are markers of a holy life? Yes. Are those markers different from what we might have had a generation ago? Yes. Is the doctrine of holiness still valid? Yes. Is it still central to who we are? Yes. But its manifestations and expressions have changed.

Q: In our preaching, our hymnody, and other public expressions of the church’s life, is doctrine still as obvious as it was when you were growing up in the church?

A: Core doctrine is obvious, but peripheral beliefs are not. The truths that gave rise to the movement, such as the principle of unity—the church as one body in Christ—and the irreducible prime of the gospel are still quite evident. If there’s anything we should own, it is that.

Our doctrine of the unity of the body is at counter-purposes with our practice when our practice actually divides the body. We can’t have it both ways, so at times we must diminish our proclamation of divisive doctrine. That is not necessarily a loss; I think it depends on what ideas one has to give up. For example, if it’s Charles Orr’s idea about not eating mustard, I would just as soon see that perish. But if it’s the doctrine against adultery, we must hold onto it because it’s a clear command of Scripture.

When I was interviewed for this post, I asked the members of the Ministries Council, the Selection Committee, and the Transition Committee—all meeting together to interview me last March—to identify what they considered to be the five nonnegotiable beliefs of the Church of God. It was important for me to understand what they considered to be nonnegotiable. So without any prejudice, without any comment, without any dialogue among themselves, I collected those papers. Their comments served as an anchor point for me when I decided to accept the post of general director. The five nonnegotiables that came overwhelmingly from that group of persons were:

Jesus—his divine person, his saving work on the cross, and his living reality. Wrapped up in this is the idea of the exclusivity of Christ, but the primary nonnegotiable is the truth of Christ himself.

Holiness—the intersection of Jesus’ life with ours must be transformative. It’s not enough to acknowledge the truth of Christ’s personal work; it must impact the way we live so that our lives become aligned with God’s holy will for us.

Scriptural authority—the Bible is our single plumb line of faith and practice. If that’s true, then we know the truth of the divinity of Jesus, his work, and his eternal presence. So these five nonnegotiables are internally consistent.

Just underneath these were several other convictions closely tied to the first five, such as the doctrine of the Trinity, the issue of gender equality, and so on. Interestingly, not one person brought up eschatology, the structure of the church, or the name of the church. They did not bring up several things that some people think have defined us historically.